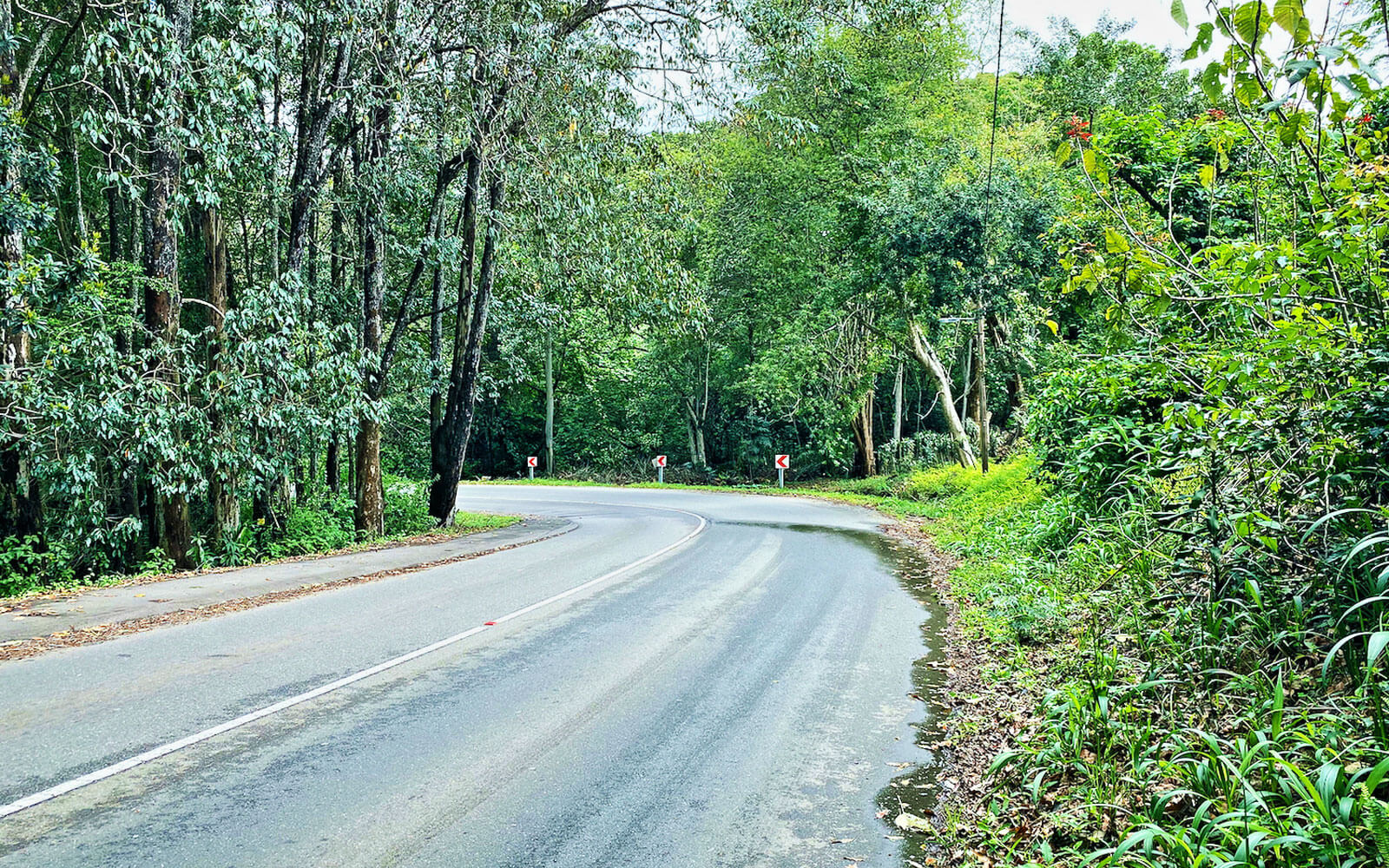 Anyone who has travelled the M33W from central Kloof to Forest Hills, will know that the route through the gorge has two distinct parts: Kloof Falls Road to the Molweni River and, beyond that the giveaway name of Bridle Road, although one local cartographer a decade or so ago confused it with a wedding procession and labelled it ‘Bridal Road’. Quite clearly, this route goes a long way back in the story of the region.

Early in the 20th century, during the Anglo-Boer War, an enterprising gentleman named Major Frederick Thomas Apperley bought four acres (roughly 1.5 hectares) of land from Tom Field, where the present Kloof Rest Home stands today. Here the Major (who, according to researcher Brian Thomas, was later promoted Lieutenant-Colonel and is buried in the Stamford Hill cemetery) built a cottage for his family, a small general store and a row of rooms to let, perhaps to family members of patients in a nearby military hospital. The fact that he chose this site is perhaps the first indication that the road through the Kloof gorge was a regular thoroughfare for rural Africans making their way to Pinetown or Durban. The major, it seems, made regular excursions in his horse-drawn trap down the road to nearby farms in search of fresh produce for his store.

One day, however, while driving down the hill, he lost control of the vehicle and came to grief at a bend on the road. Old residents of Kloof still refer to this stretch of road as ‘Major’s Hill’. Several people came to occupy residences beside the road through the gorge right down to the mid-20th century. One of them was the father of local nurseryman Bobby Collingwood, who travelled daily to the family garden store in Durban. Bobby told me that his father gave up living there after the Sharpeville disaster in 1960, fearing an attack by dissidents from Molweni. 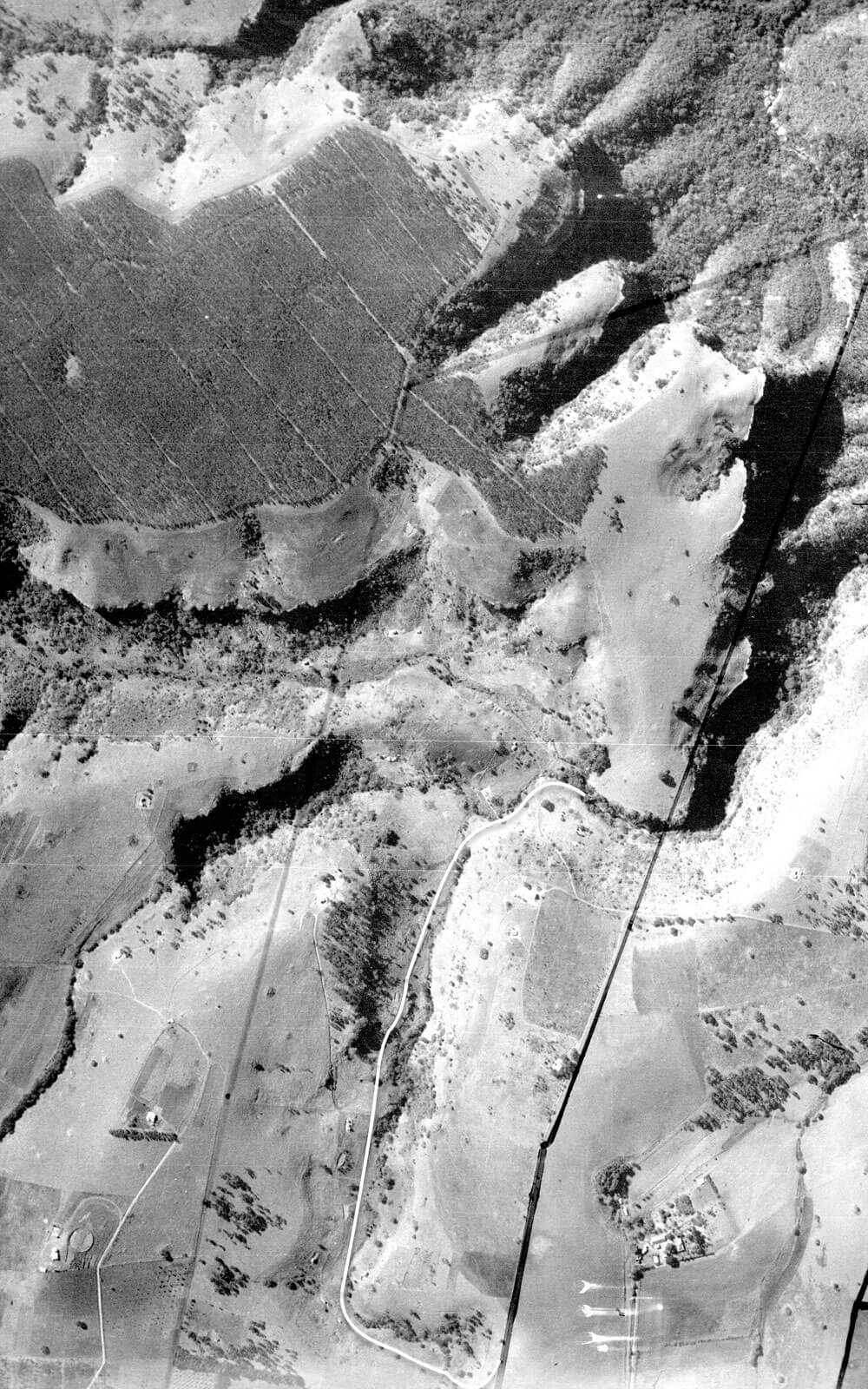 Kloof Falls Road in 1937 at which time it ended where the current Kloof Falls Picnic site is located.

In earlier times, adventurous locals travelled into the gorge on shooting expeditions. Luther ‘Skit’ Field was well-known for his interest in the hunt. There is a file in the Kloof library full of cuttings about the area and some of them have photographs taken on such excursions. I once met an elderly gentleman who told me that, as a boy in search of pocket money, he was in the habit of setting birdlime traps for various avian species. These he then sold to ‘Skit’ Field for his aviary at Glenholme, today the headquarters of the Kloof SPCA. 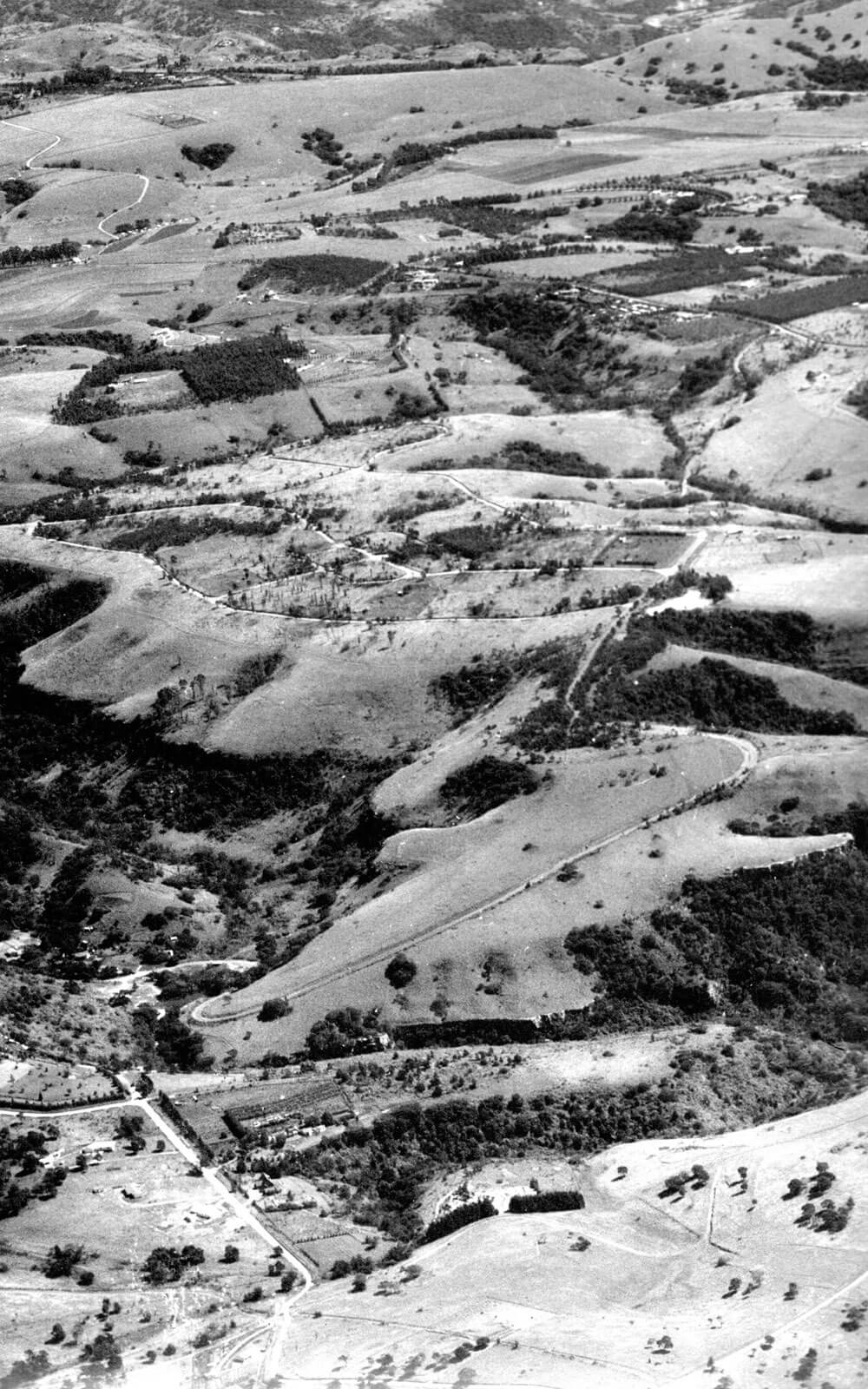 Bridle Road circa 1950 showing the extensive grasslands all the way to Link Road, Waterfall 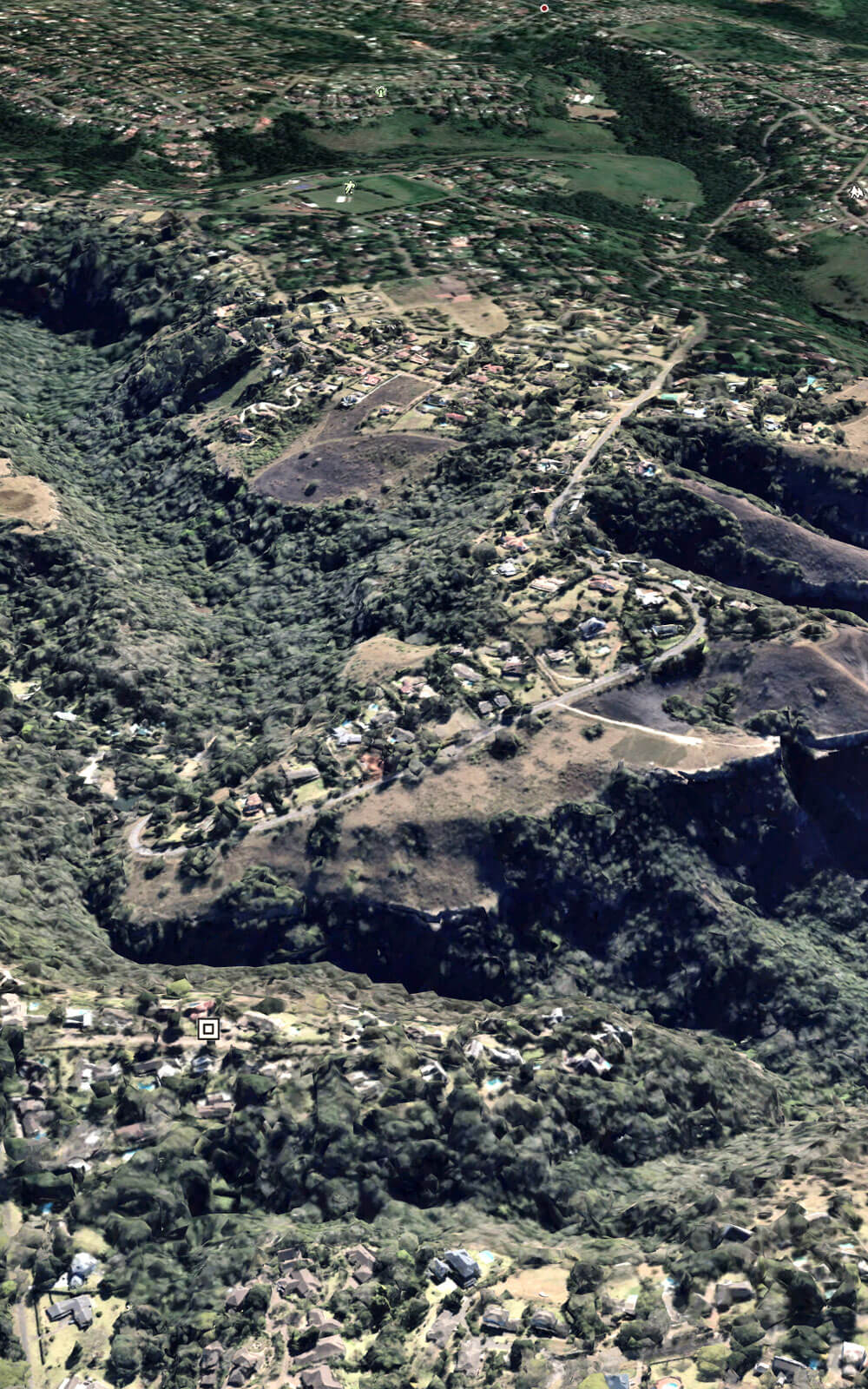 On the other side of the river crossing, was the traditional route from Waterfall to Pinetown. Mrs Jane Gillitt of Emberton, nee Regina Harborth, grew up on a property north of what is now Link Road in Waterfall. Her father was away for long periods of time on contract work erecting telegraph poles for the Natal Railways and her mother ran the farm, as well as a small trading store which catered for residents of the Molweni reserve. Once a week, Mrs Harborth sent a farm worker down to Pinetown to buy fresh meat and other supplies, with which he returned at the end of the day. The route that worker followed now has the distinction of being labelled the M33.

From historical aerial photographs, we can see that the area up to circa 1950 was very rural with extensive grasslands and very few dwellings. Whilst we have since drastically transformed the grasslands into housing developments the road itself is little changed other than for the addition of a tarmac topping. Yet it has become a major artery of the eThekwini megacity. Daily commuters use it to travel to or from the coast. And unwitting out-of-town drivers of heavy vehicles, confident of the guidance given by their SatNav contrivances, often venture on to it, missing a polite but unobtrusive notice near the place where Major Apperley lived, advising them that the route is unsuitable for conveyances of their size and weight.

Have we really made progress in 120 years?