In defence of the roach

The word ‘cockroach’ evokes in most people a response of revulsion. Like the word ‘rat’. But just like the rodent order includes, apart from rats, also cute little creatures like hamsters, guinea pigs, squirrels, chipmunks, dormice, chinchillas, and even beavers, porcupines and capybaras, so the order ‘Blattodea’ does not contain only household pest that you step on, while gagging.

When you think of ‘cockroach’, I bet you immediately picture either the large American cockroach or the smaller German cockroach. One of those two, for sure. Probably the former. 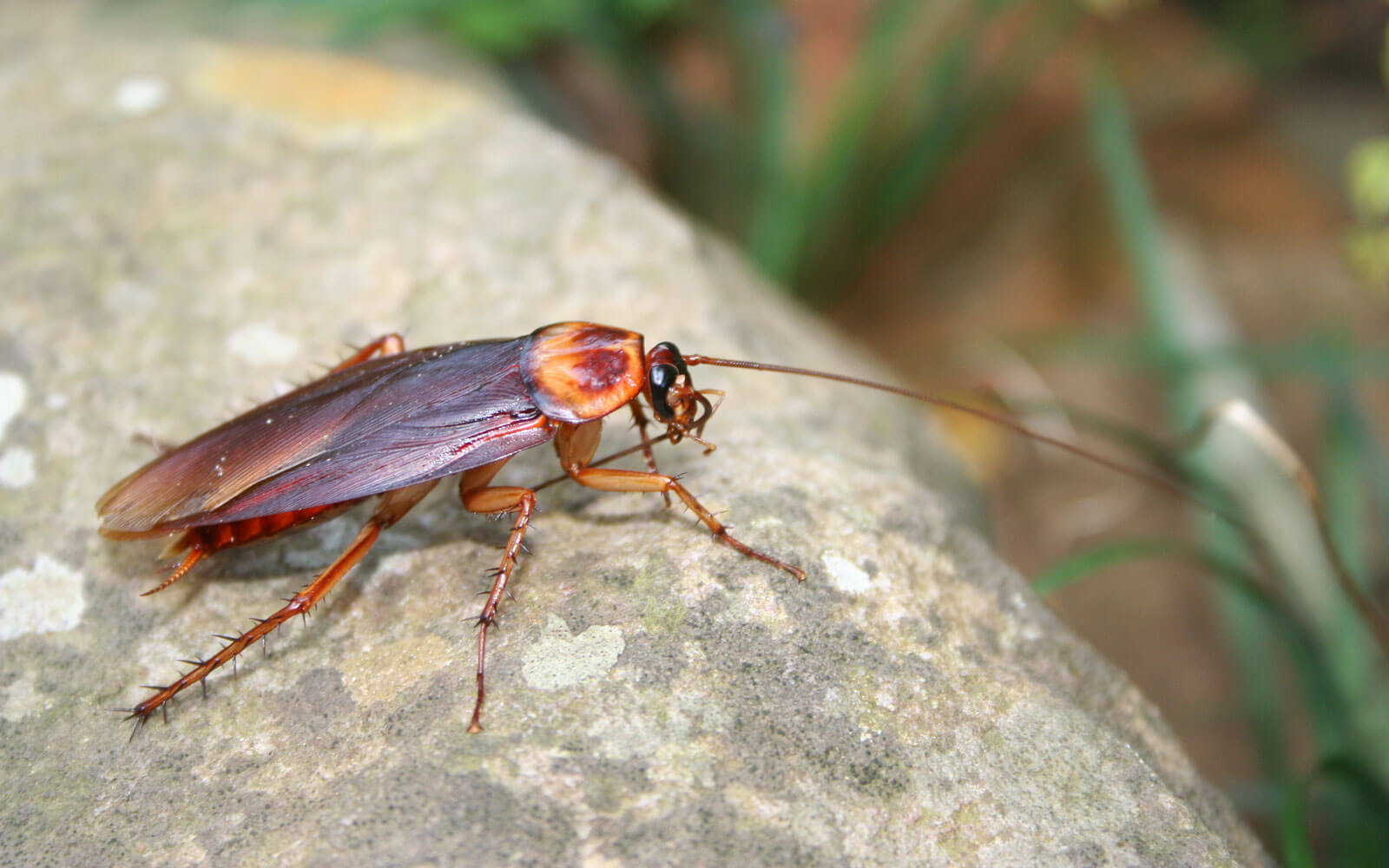 The so-called American cockroach, which is actually native to Africa and the Middle East, is indigenous here in KZN. These big roaches are attracted to light and often come indoors. Yes, I know, they can get really enormous. But don’t freak out, just … you know… catch and release. 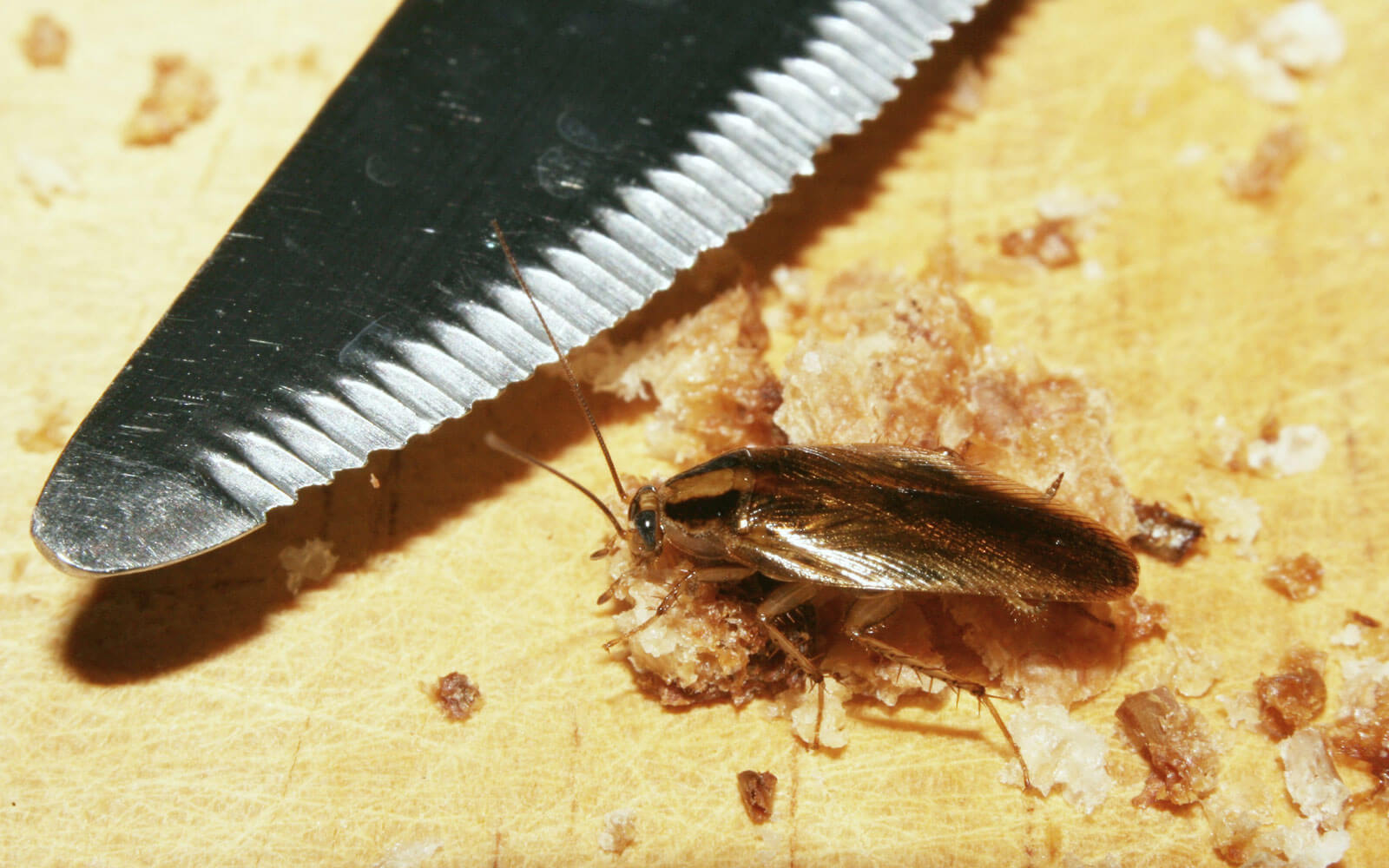 Blattella germanica – the so-called German cockroach, which probably originates from Southeast Asia, or possibly NE Africa, is a pest world-wide. It is much smaller and does not fly very well.

Some cockroaches – and here we are really talking about just a handful of species, mainly the two species featured above – walk over and eat our food and waste. We associate cockroaches with filth, unhygienic conditions and disease. Indeed, a variety of disease agents (viruses, bacteria, fungi and intestinal parasites) have been found on their skin and in their guts. They also produce pungent excretions. Some people are allergic to these and get dermatological and asthmatic reactions from contaminated food.

So if you have a cockroach infestation in your home, by all means, sort it out. But a single roach is not a national emergency. The best approach is not to empty a can of Doom over it! Here is an effective cockroach bait recipe: 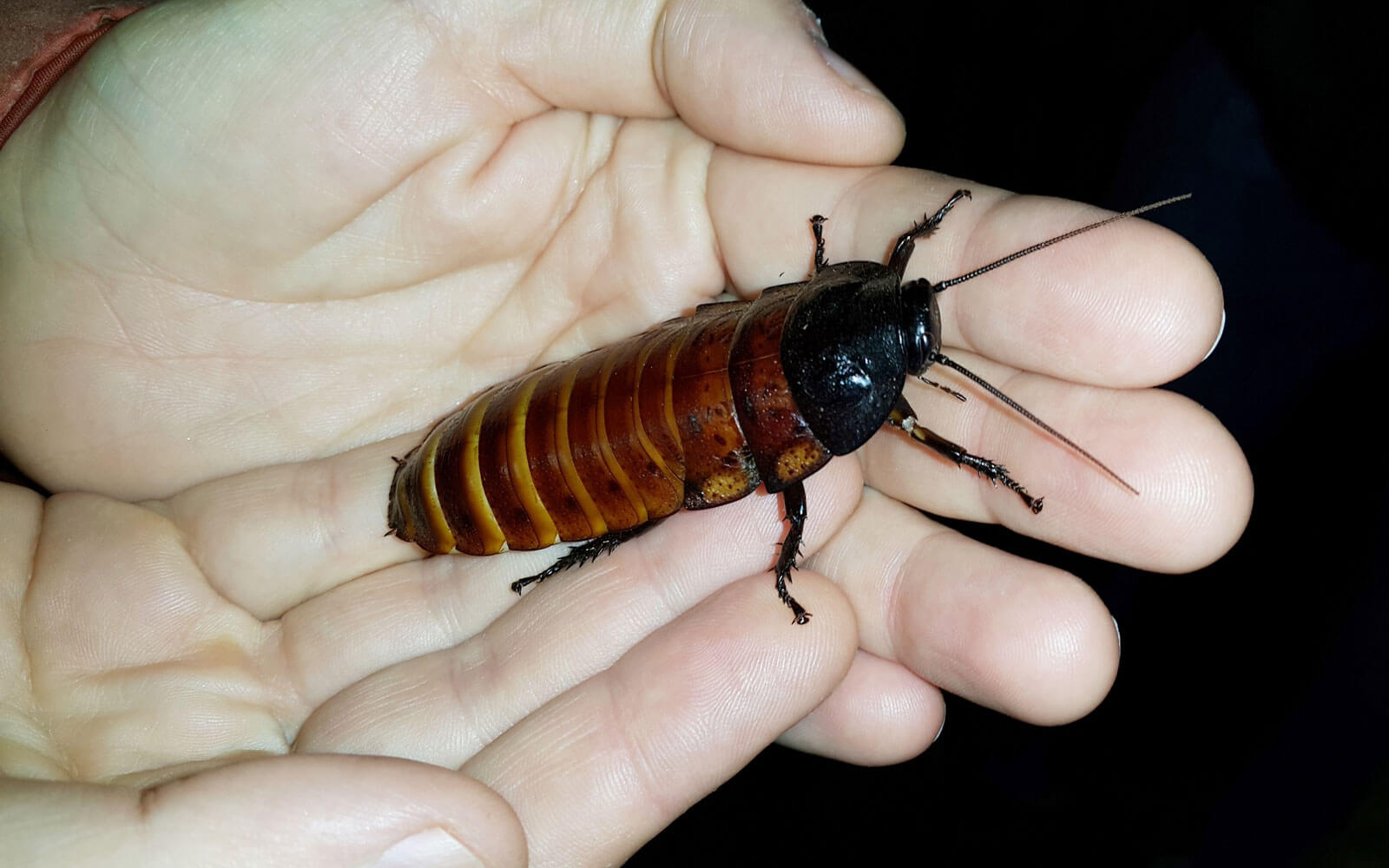 While borax has low toxicity, and is safe around kids and most pets, it is advised to keep it away from your pet giant hissing cockroach.

Now that we have got the only two vaguely unpleasant species, plus the pet, out of the way, allow me to say that roaches in general are the most innocent, harmless and unobtrusive creatures you can imagine. (And if you ask the pet owners, even lovable!) Some roaches are downright beautiful.

Below are just a few examples of indigenous, wild roaches. This strange Covid lock-down period might be a good time to look out for some wild roaches in your garden, whose existence you may not have been aware of, and possibly deal with a deep-seated aversion to creatures that are utterly harmless. 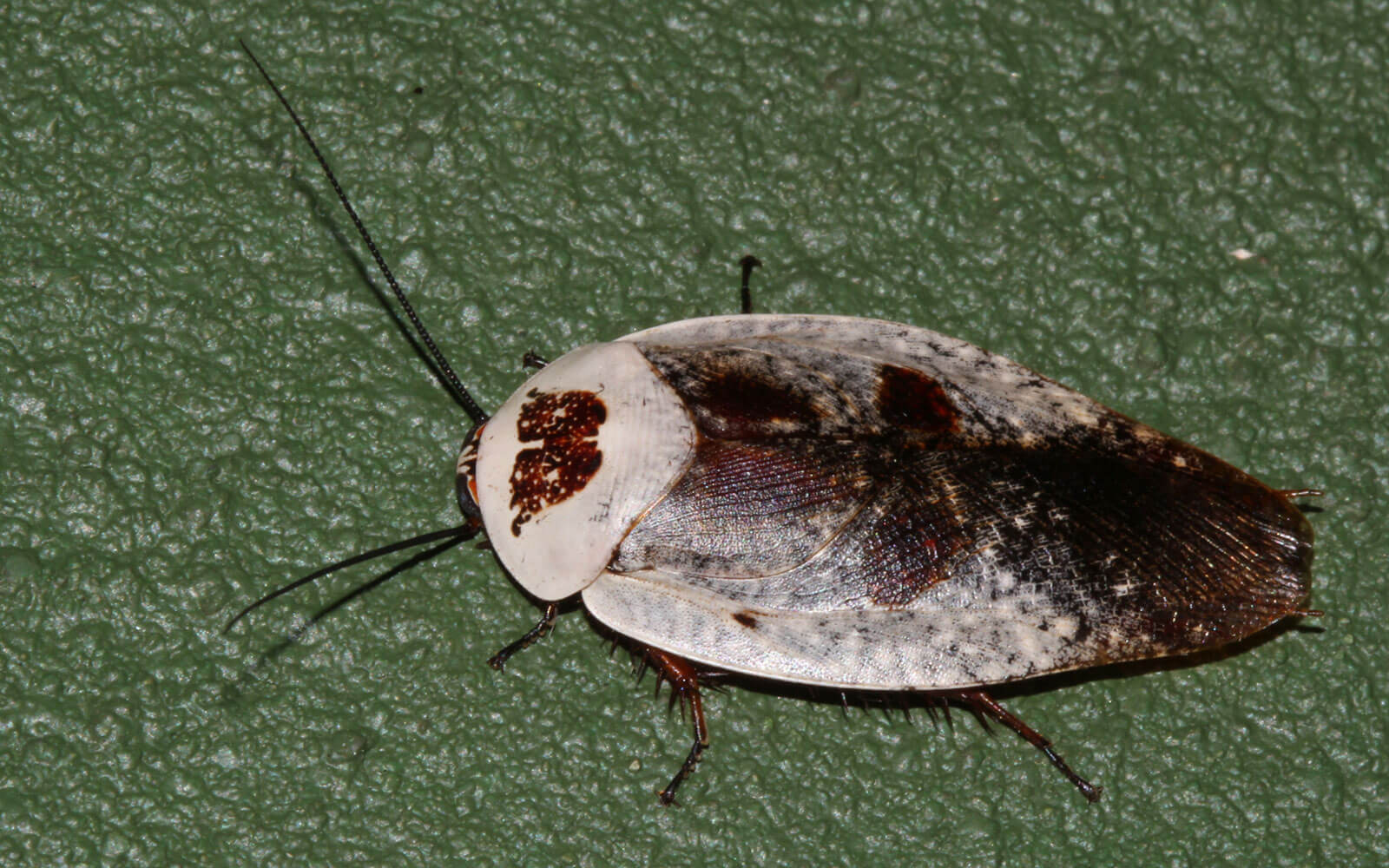 This is the bushveld cockroach, beautifully mottled like a Nguni cow.

Cockroaches eat compost and are hugely useful in recycling dead organic matter. They are well designed for this life-style: they tend to be flat bodied, with strong running legs, long sensitive feelers, cerci on the tip of their abdomen (rear-view feelers), and are covered in sensory hairs that detect vibrations and alert them of danger. In winged roaches the front wings are leathery, protecting the membranous hind wings from damage. 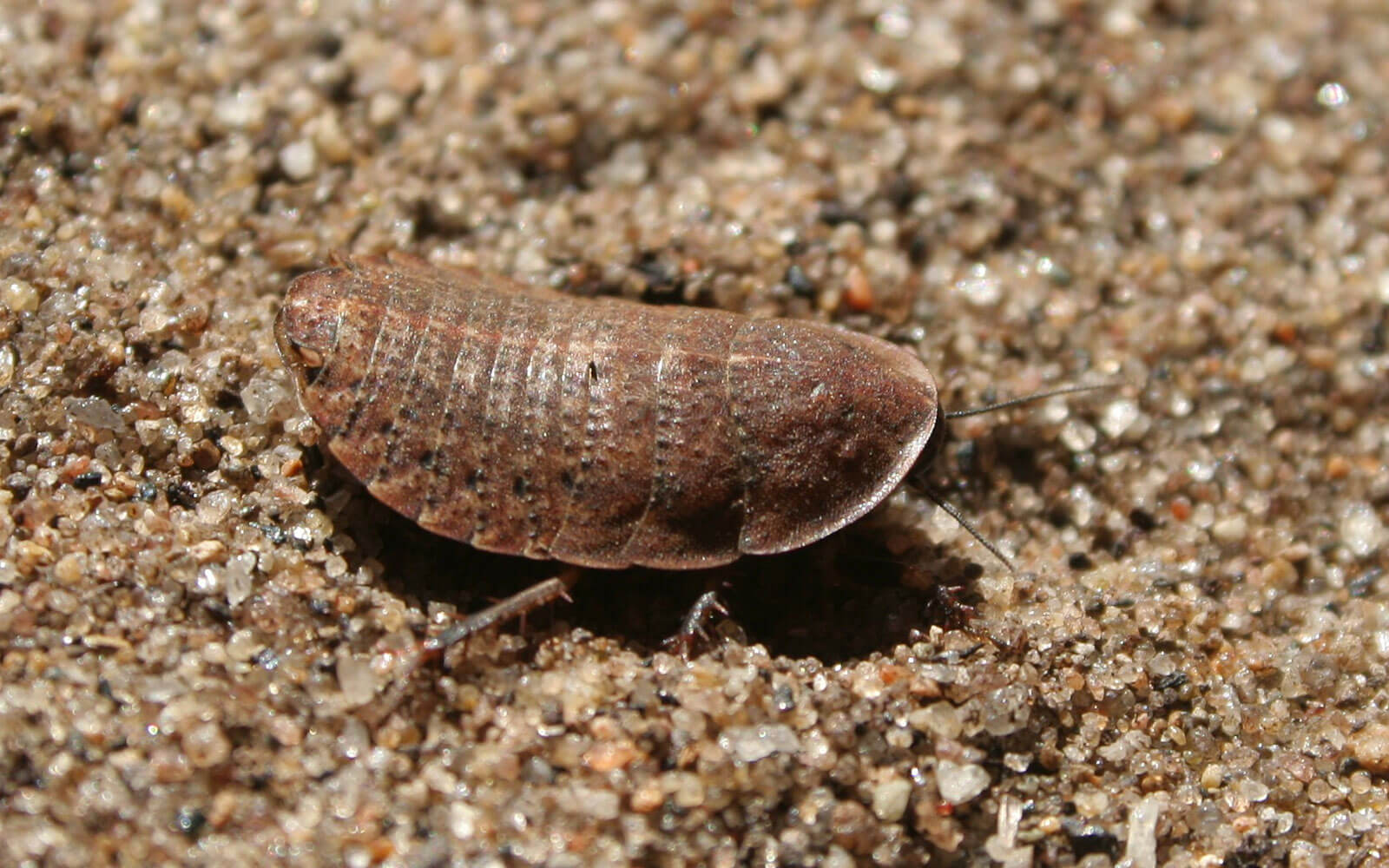 Some roaches, like this trilobite cockroach, are wingless. This suits their ground-dwelling creepy-crawly habits perfectly fine. 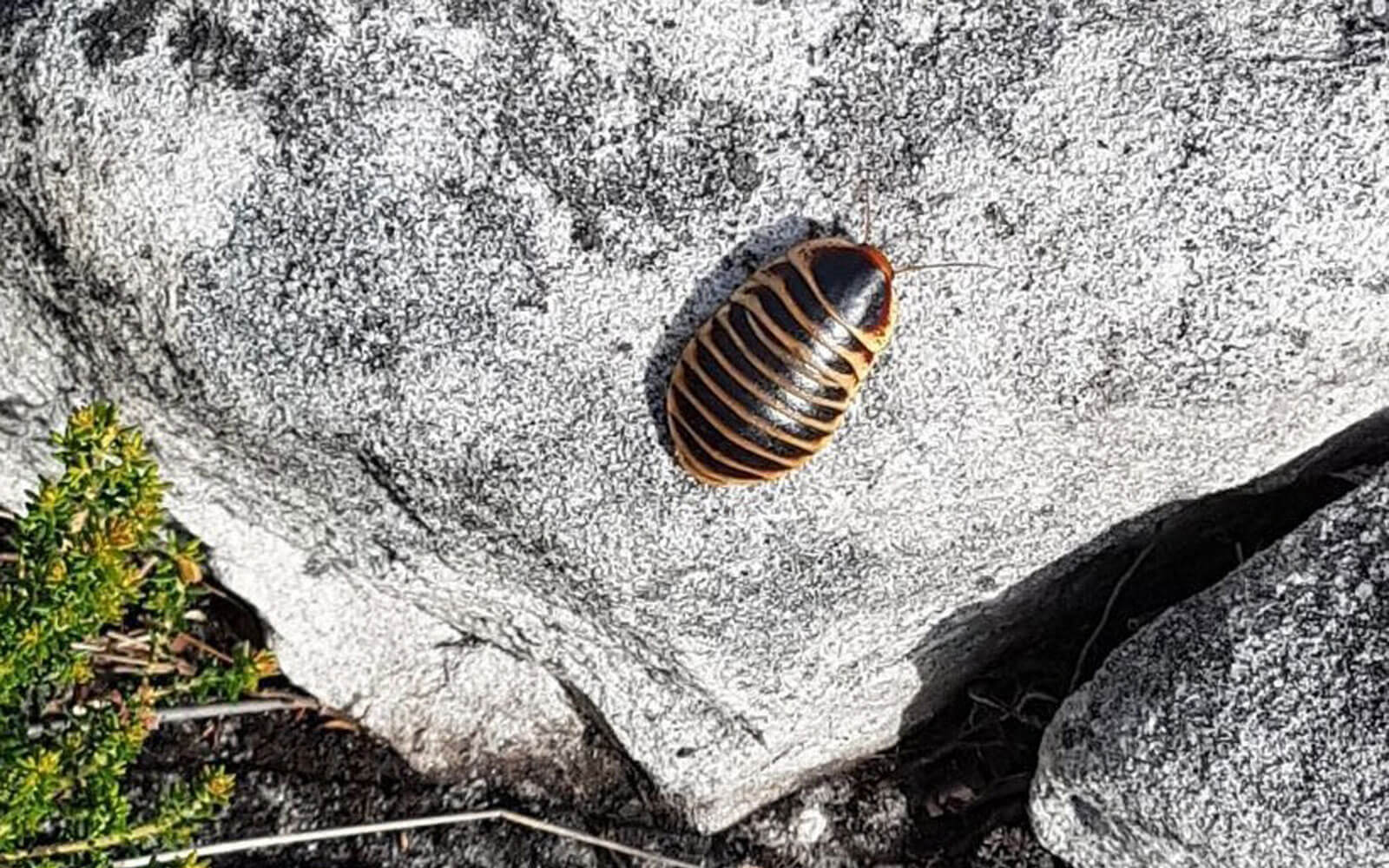 In some species, such as this Cape zebra cockroach (photo by my aunt M. Kassier on Table Mountain), the females are wingless, and only the males have wings, so they can fly around to find a mate.

Roaches usually come in earthy camouflage colours, but not always! I have no idea what this bright orange roach, which I spotted in Tanzania, is called. 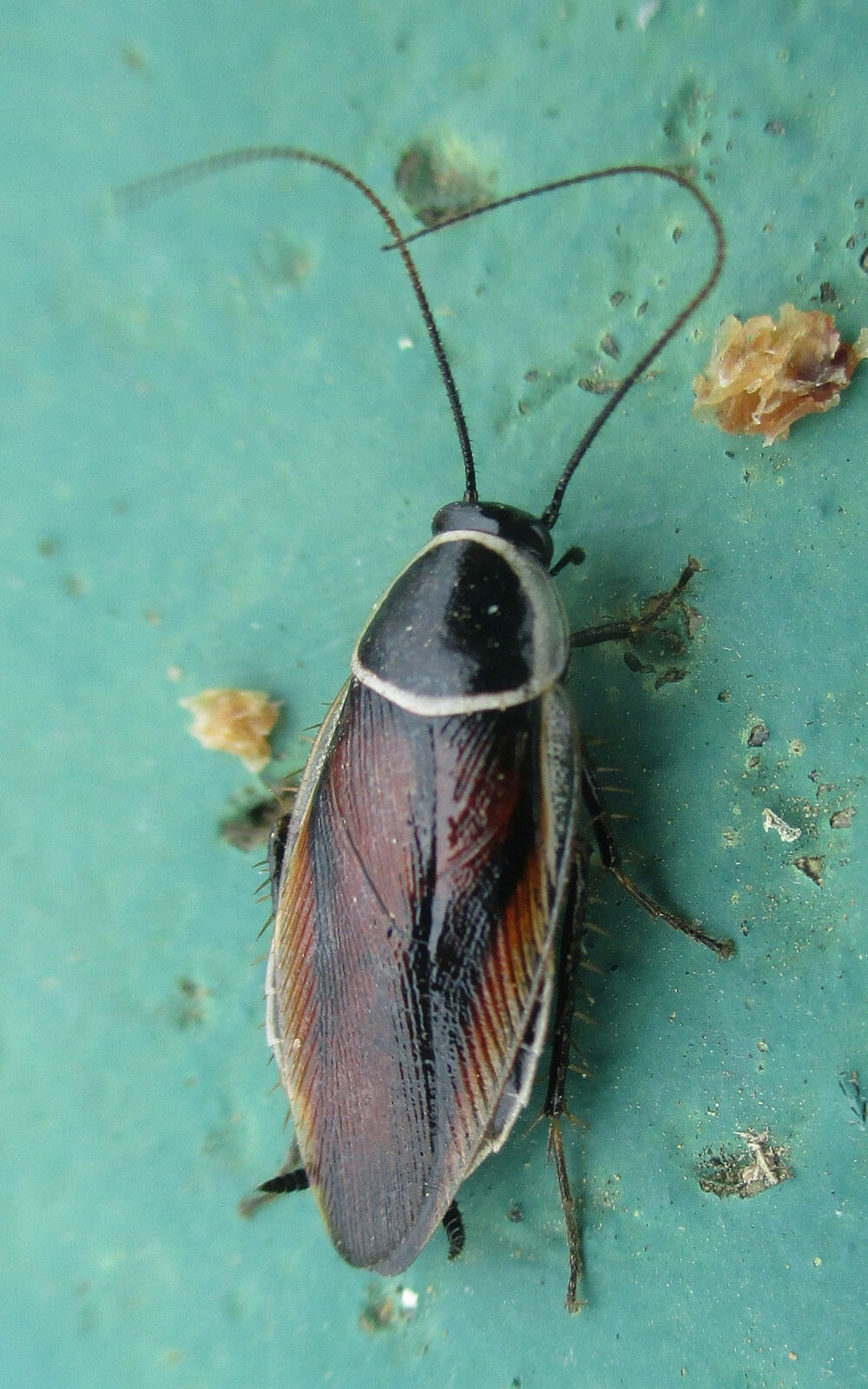 Here are yet two more pretty wild roaches and I’m sorry, I can’t tell you what they are. 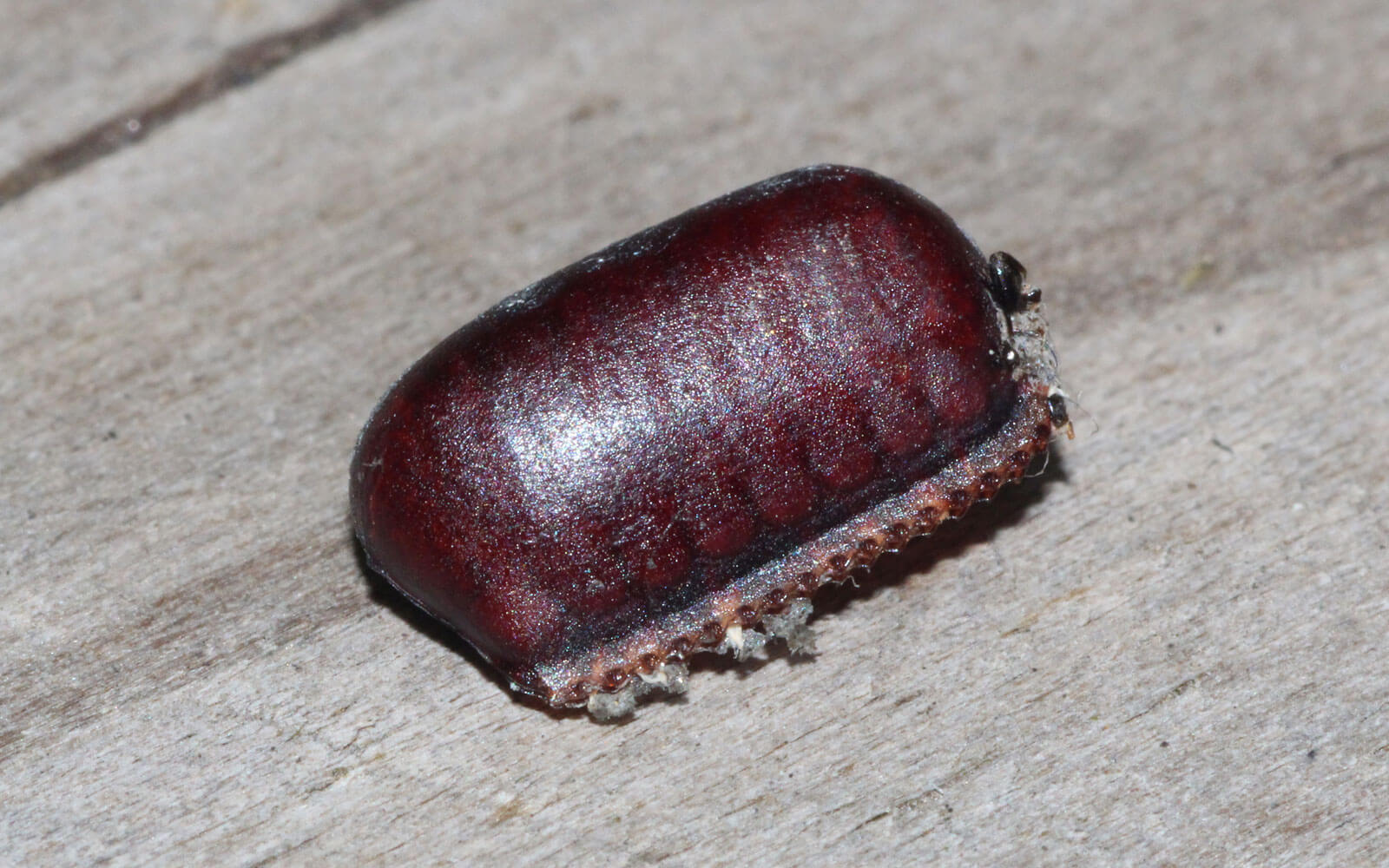 Some roaches carry the egg pouches around for a few days, then cement them securely into protected crevices. Others keep them until the eggs hatch. Some roaches give birth to live young, and even take care of their brood until they are ready to leave the nest. 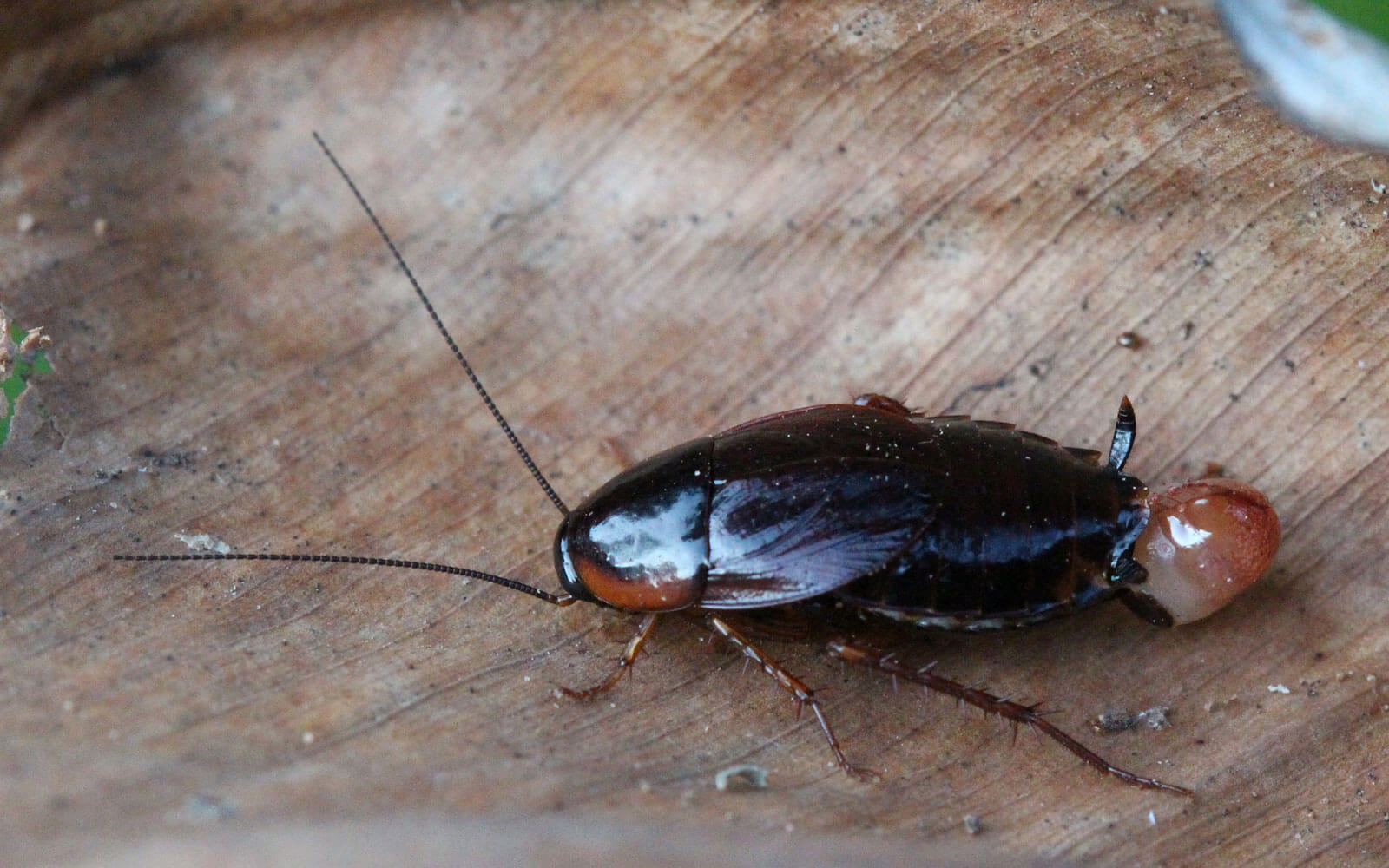 A decapitated roach can survive for weeks. The lonely head (given food) can survive even longer.

The gut bacteria of cockroaches produce chemicals with bactericidal and amoebicidal properties, that may one day lead to the development of new medicines.

Despite all the fuss, here are some quotes from scientific publications that may surprise you:

1997: ”Although there is a great deal of material demonstrating the roaches’ ability to pick up and later excrete pathogens, there is not yet proof that the roach is a vector for human disease. In 1952, it was felt that there was enough evidence to put the roach under suspicion as a possible vector of human disease. Almost 45 years later, we are still searching for a conclusion.” (Source)

2007: Despite the dislike they evoke, cockroaches have never been unequivocally identified as vectors of any specific disease, although they play a role in mechanical transmission of some intestinal infections. The health risks from cockroaches may be [hardly] greater than those from insecticides, fumigants, and other heavy-handed but usually unsuccessful endeavors to eradicate them. Cockroaches are an evolutionary success, having survived unchanged through all the environmental climatic changes of the past 100 million years.” (Source)

2018: “Speculations have always been made on the involvement of cockroaches as possible vectors of transmission of infections in our communities, but no documented studies are available in that regard.” (Source)

Can they spread the coronavirus? Who knows. By their own standard, roaches are quite clean. They frequently groom themselves (as the American cockroach in the first picture is in fact doing). In doing so they probably spread the biocidal substances that have been found in their gut, over their body, possibly disinfecting themselves, like we do with hand sanitisers.

Until fairly recently they were classified as a separate order (‘Isoptera’), but genetic studies have shown they are really just a branch in the order ‘Blattodea’. Some roaches are more closely related to termites than to other roaches.

Termites then went on to become one of the most influential insects of all – along with the ants (which are just a very large family of wasps in the order ‘Hymenoptera’). By some estimates, termites and ants alone account for 25% of all animal biomass on the planet! That is, if you could put all the animals on earth on a scale, a quarter of the total weight would be these two groups. 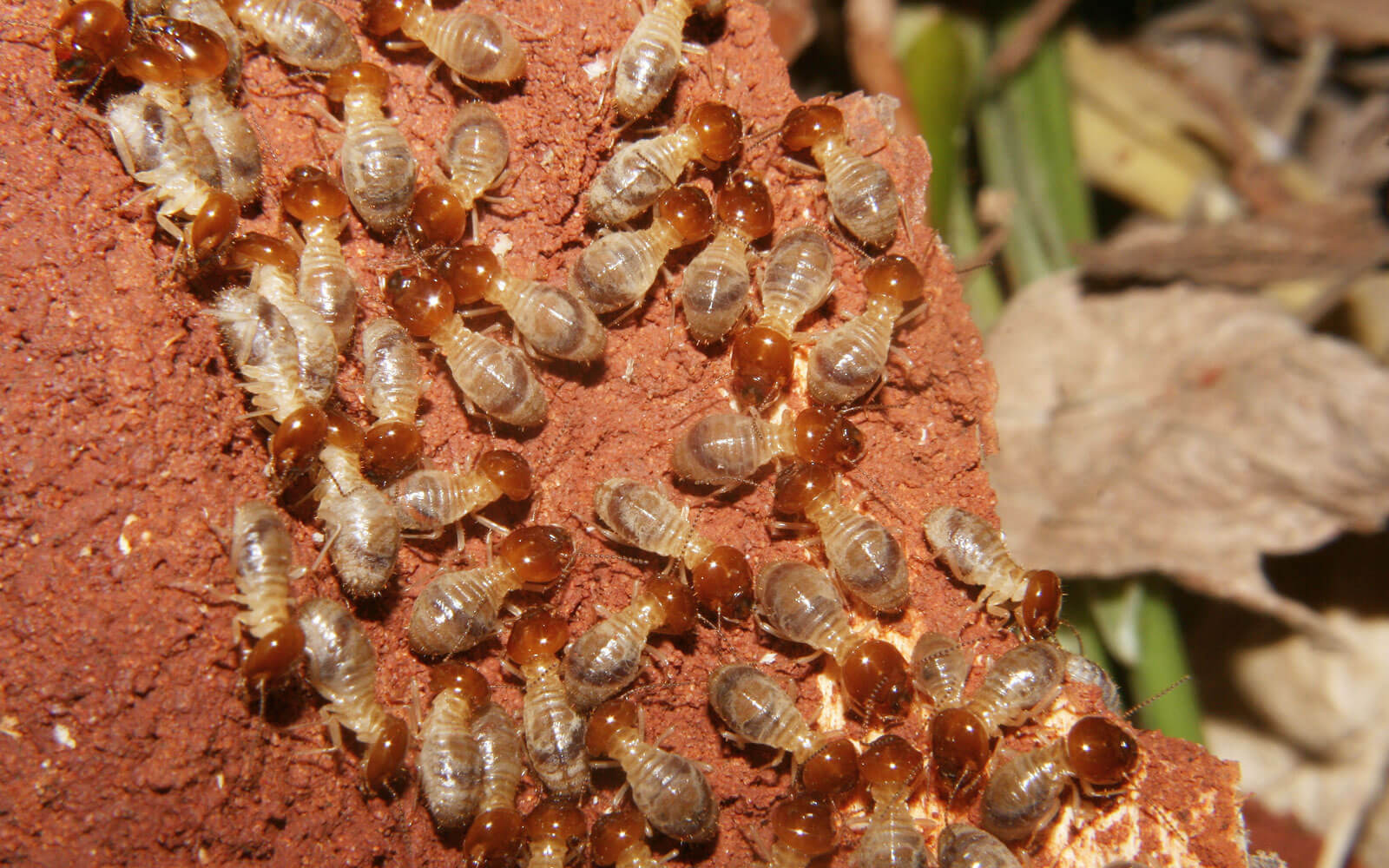 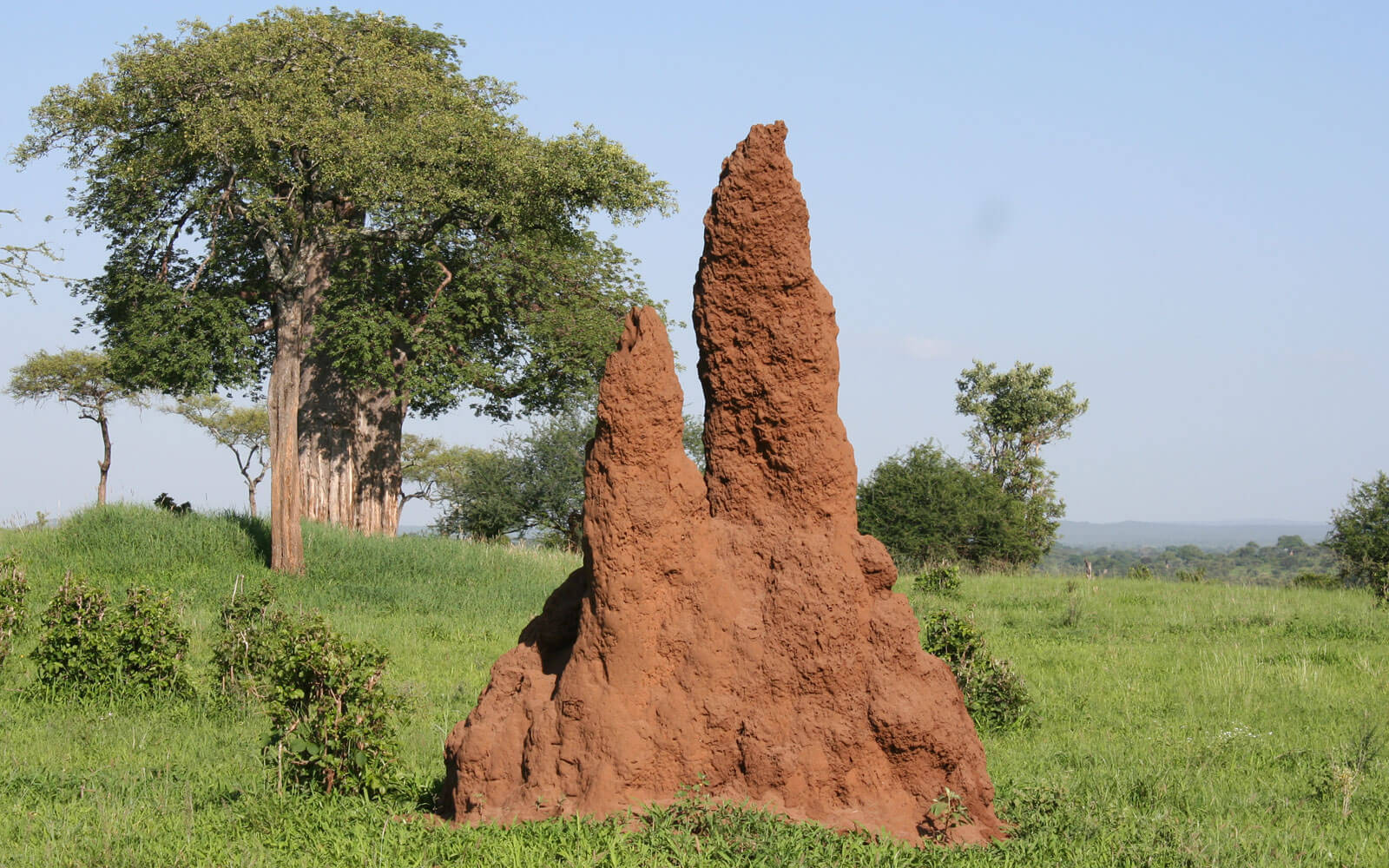 Termite mounds are marvels of engineering, that may later become the homes for larger animals.

The chimneys of termite mounds assist air movement inside the nest and thus regulate the temperature, moisture, oxygen and carbon dioxide inside the nest, much like a lung. Inspired by termite ventilation shafts, a South African architect built an energy-saving air cooling system for Eastgate Centre, Zimbabwe.

Like cockroaches, termites have been sorely misunderstood, because once again, there are a few species that are cheeky enough to eat our homes and so give termites a bad rap. So-called ‘white ants’ and ‘woodborers’ (West Indian drywood termites), can cause serious damage to timber, doors, window frames etc. as we all know. Homeowners have no choice but to keep them at bay with horrible poisons. Termites do belong outside in nature. 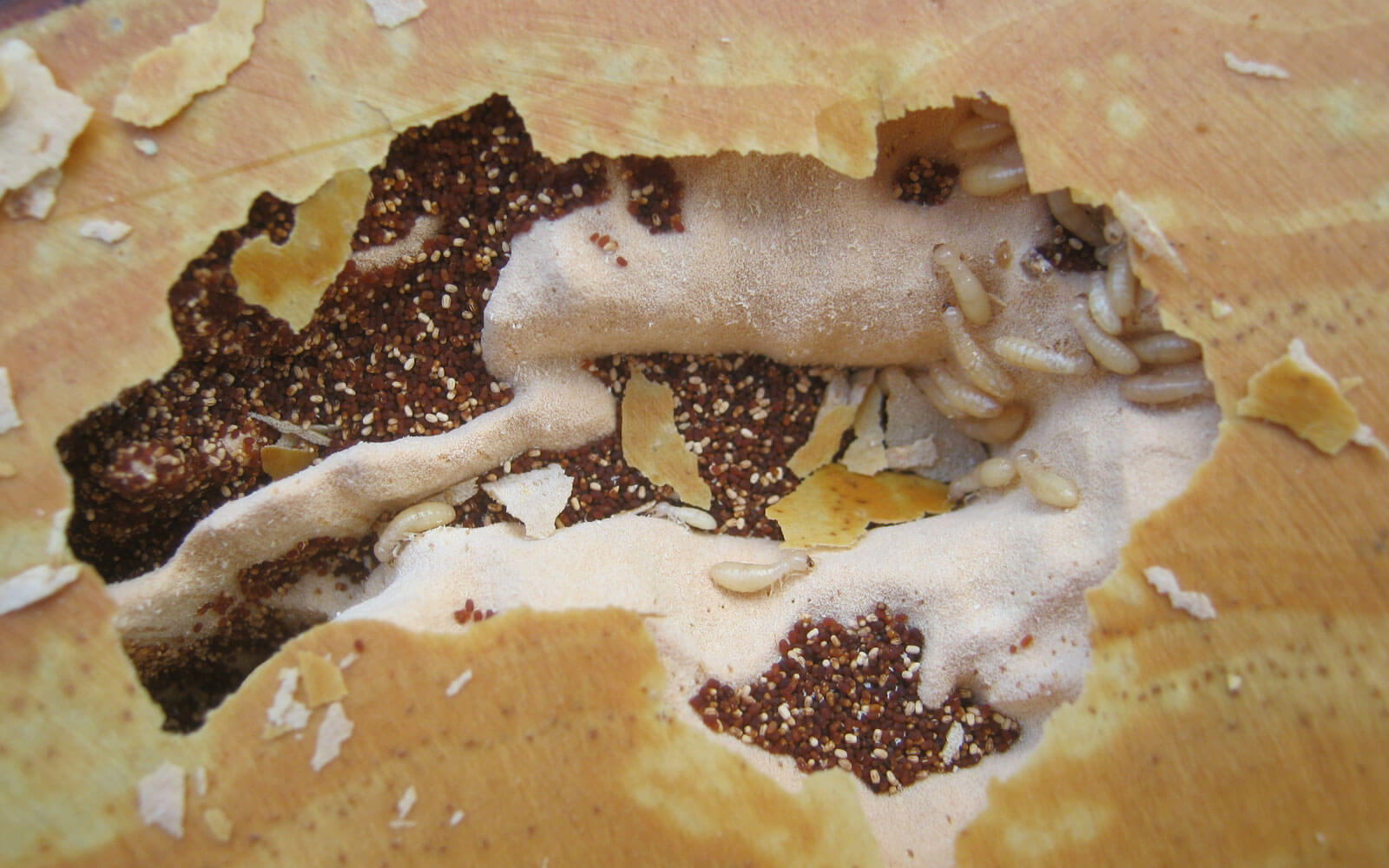 These tiny drywood termites (Cryptotermis brevis) are common here in KZN, and can cause serious damage to furniture and timber.

But even out in nature they have been terribly misunderstood. Farmers who allow their cattle to graze when and where they please, may find the soil around termite mounds bare and denuded. They conclude that termites must be damaging the veld. However, the opposite is true. Termites improve the fertility of the soil, so that the best, most nutritious grass ends up growing around termite mounds (and then gets eaten preferentially by livestock). 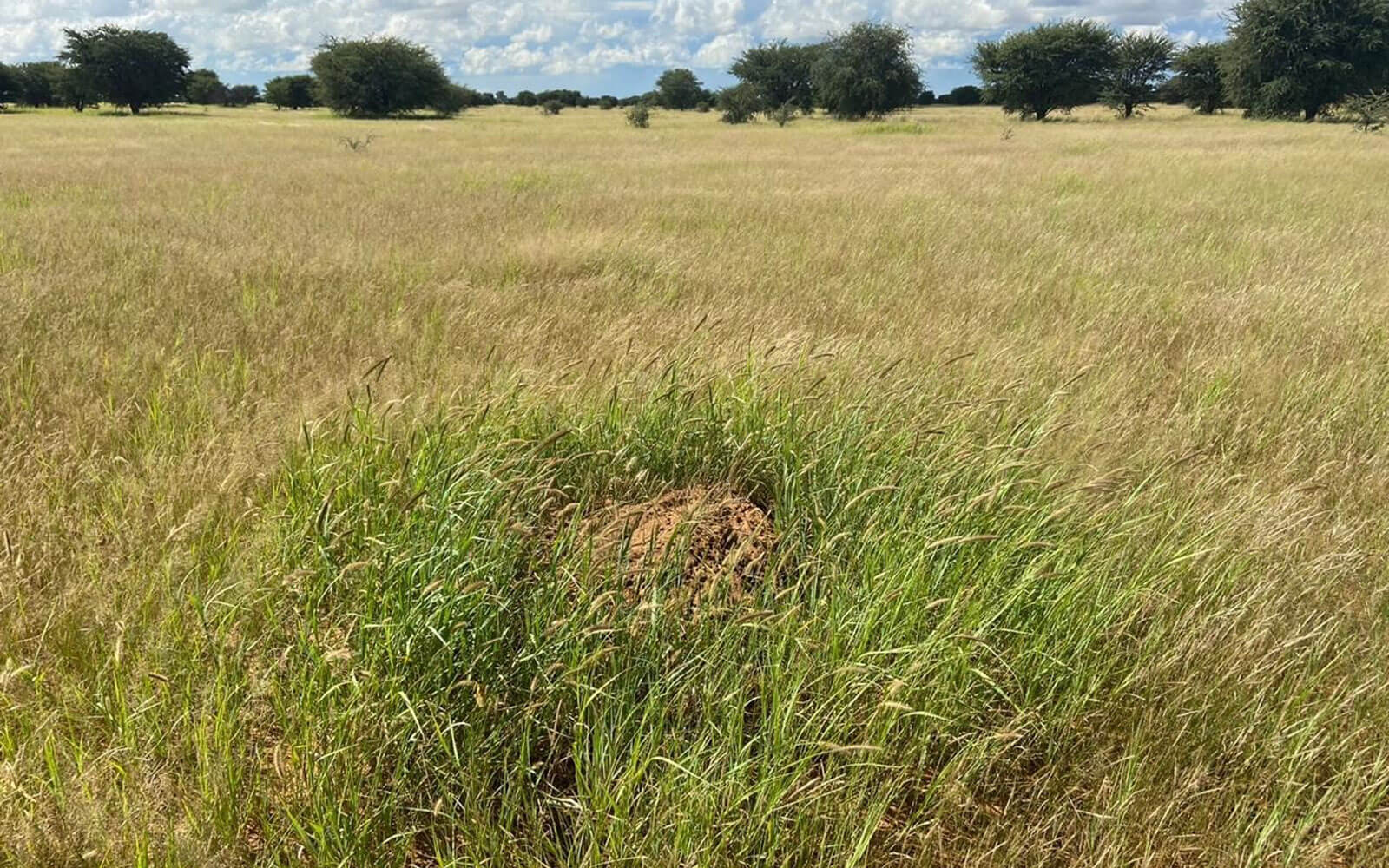 This photo (by D.Fyfer) shows lush grass growing around termite mounds, in a carefully managed rangeland.

Termites (and ants) are an essential and integral part of ecosystems. They actually build ecosystems, structurally. They construct tunnels and pipes deep into the soil, providing pipelines for rainwater and plant roots to penetrate deep into the ground. They make compost, grow fungus gardens, and bring minerals to the surface (so effectively that mining prospectors sometimes inspect termite mounts for traces of gold and other precious metals).

Termites break down and bury large lumps of inedible biomass (dead wood) that would otherwise accumulate uselessly aboveground, into fine bits that can decay more easily, thus enriching the soil. At the same time, they distribute nutrients and organic material laterally from points of high concentration (e.g. a fallen tree), spreading it far and wide. Read more here. It is so sad how often insects are treated with contempt, simply because they are deeply misunderstood.

In these difficult and unprecedented times, where a virus is spreading disease, death and mayhem around the world, it may seem strange and untimely to think about the virtues of cockroaches. And yet, the coronavirus can also teach us much about our unsustainable and unhealthy relationship with nature. Our aversion for a creature (the roach) that is not only harmless, but an essential member of ecosystems, is just one example of how far we have fallen from our God-given role as shepherds and custodians of life on earth. Nature is not our worst enemy, we are. Nature is our life support – if we treat it right. If not, it has the power to fight back. Marlies Craig is an epidemiologist who used to research malaria, but now works for the Intergovernmental Panel on Climate Change. Though she did originally study Biology and Entomology, her love affair with insects is very personal. In her book What Insect Are You? – Entomology for Everyone, she shares that passion with young and old, see whatinsectareyou.com. She hopes to kindle in people of all ages enthusiasm and a deeper appreciation of nature and show them why and how they can make a difference. She recently started a non-profit organisation called EASTER Action focussing on education and action in biodiversity, climate change, and sustainable living, see EASTERaction.org. At this time, EASTER Action is distributing a Covid-19 information booklet to help spread useful information and urge people to do what they can to overcome this crisis.