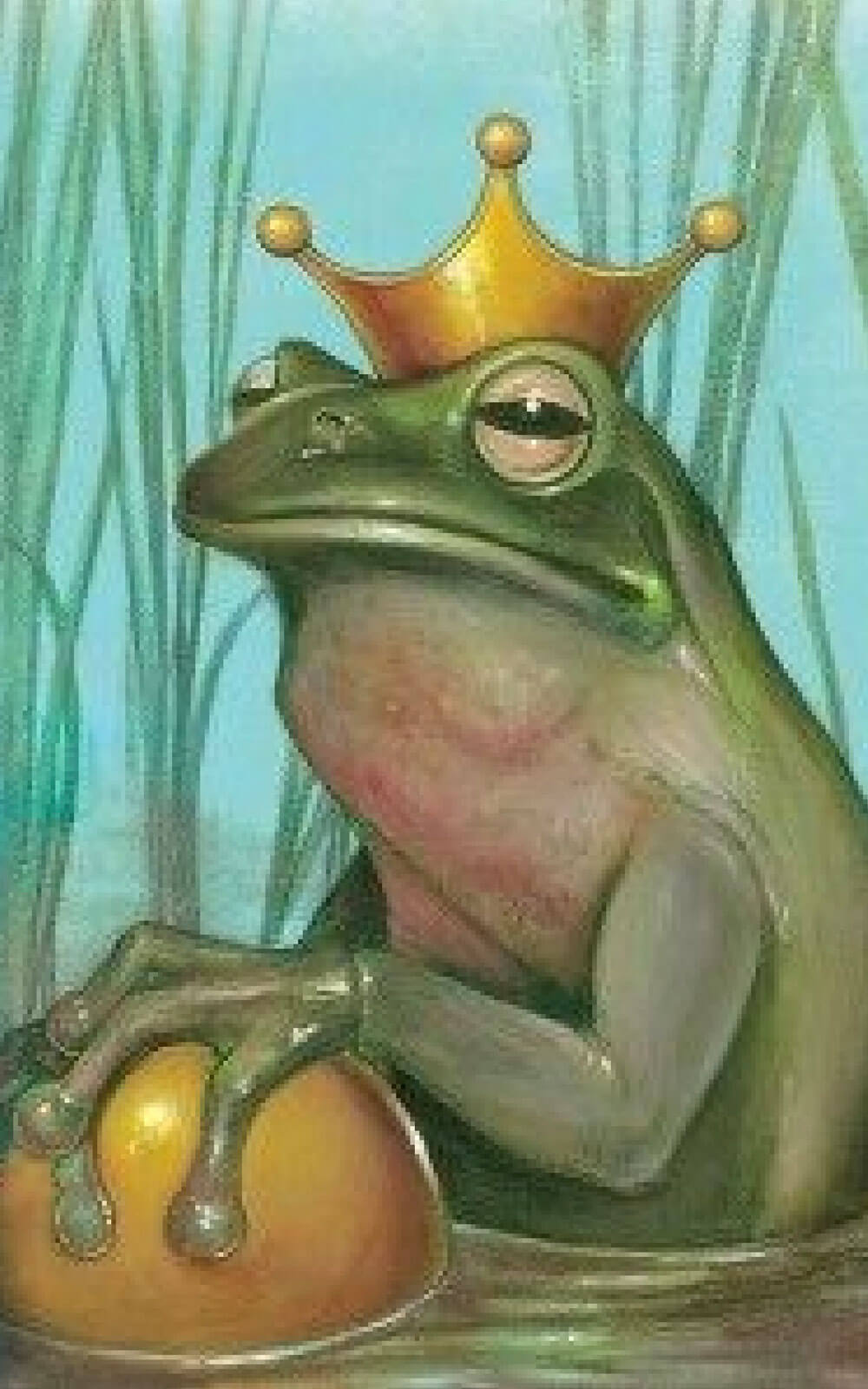 Frogs and folklore have gone hand in hand for centuries. Countless children’s stories and fairy tales feature frogs and toads, and these amphibians have appeared in proverbs, rituals, myths and have been interwoven into cultures across the world for centuries. Oftentimes, these stories represent frogs as important symbols of good fortune, fertility and abundance. For example, each year with the flooding of the Nile, numerous frogs appeared. This was vital to agriculture because it provided water for growing crops. Frogs represented abundance and therefore became a symbol for the number hufnu, which meant 100,000. Many cultures consider frogs as symbols of fortune, with small frog coins being placed by people in their purses because they believe that it prevents loss of money. In Chinese culture, the placement of a “money frog”, better known as the three-legged toad, is a popular symbol that is used as a feng shui adjustment to attract wealth and prosperity. The three-legged toad is also connected to long life and good luck. As one of the more traditional feng shui cures, the three-legged toad is most often used to bring in more financial abundance. 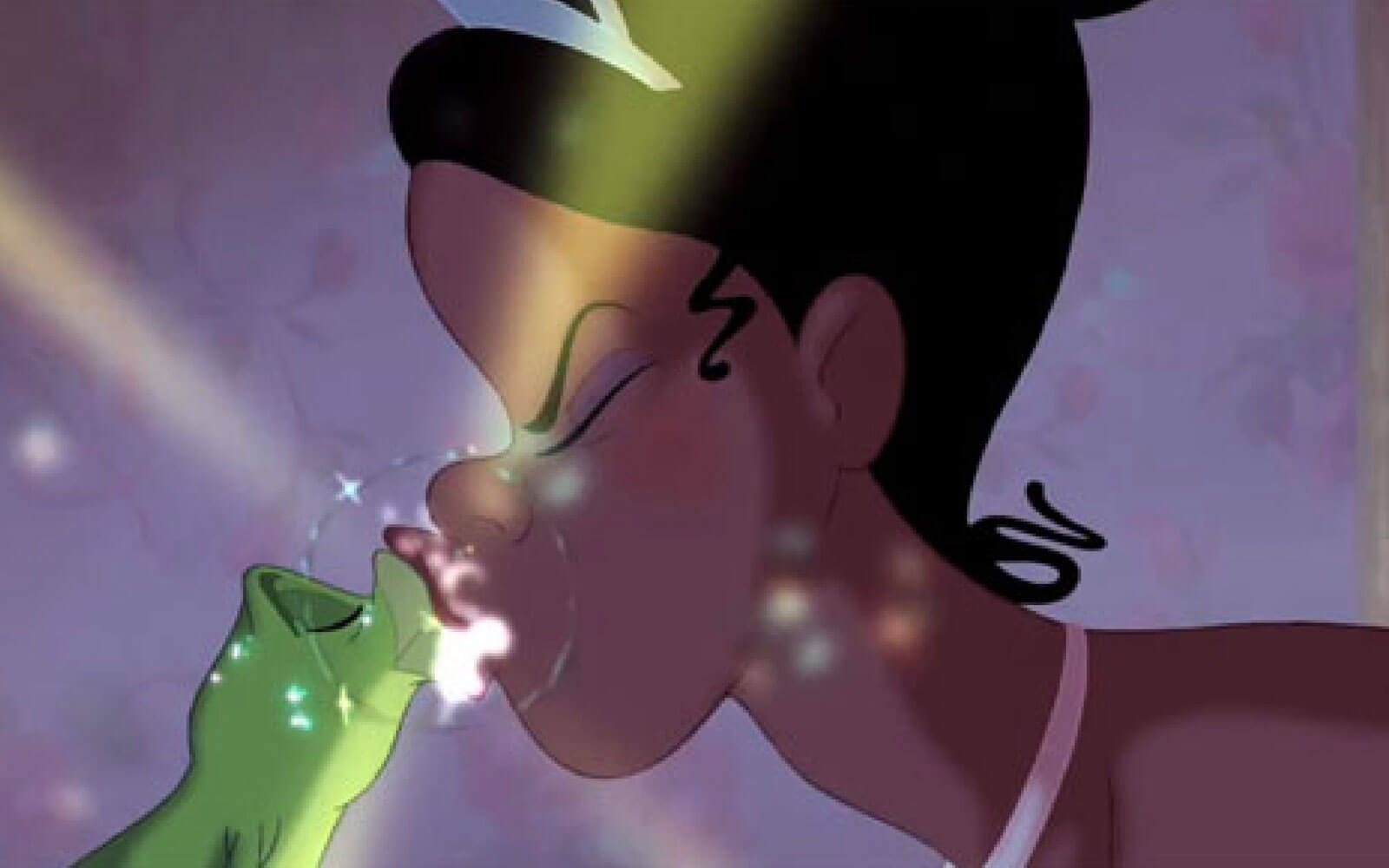 The nature of the complete transformation of frogs from tadpoles also imparts a wide range of possibilities, including the option of transforming again into something even more wonderful, as in the traditional fairy tales about frogs turning into princes. The idea that a frog could be a prince – or anything else for that matter – makes them excellent fictional characters. Their metamorphosis from tadpole to frog can be seen as a form of “magic” and being relatable to the transformation that young readers have to make, from toddler to child or child to teenager. Frogs provide a of model of hope in these stories.

In other cultures, toads represent less favourable symbols. In medieval Europe, for example, toads were considered evil creatures whose body parts had strange powers. Some of these views were formed by authors from Classical Rome and Greece, whose writings had immense influence on the public opinion. Shakespeare’s play “As You Like It” alludes to a widely held superstition, which concerned a jewel that was supposed to be found inside the head of the toad. Once placed in a ring or necklace, this jewel, known as “toad-stone”, would warm up or change colour in the presence of venom, protecting the wearer from foul play. Additionally, toads took on the role of evil spirits who assisted witches in their evil designs. In South Africa, frogs form part of similar cultural beliefs associated with witchcraft.

These myths and legends are based on helping us understand our world better and are often derived as ways of protecting us. Sometimes separating the symbology from real-life practices can have detrimental effects on actual frogs. Wanting to learn more about our local stories associated with frogs, and to limit harm to live animals in the process, this year the Endangered Wildlife Trust through its Threatened Amphibian Programme created the #FrogLore social media campaign as part of this year’s Leap Day for Frogs. 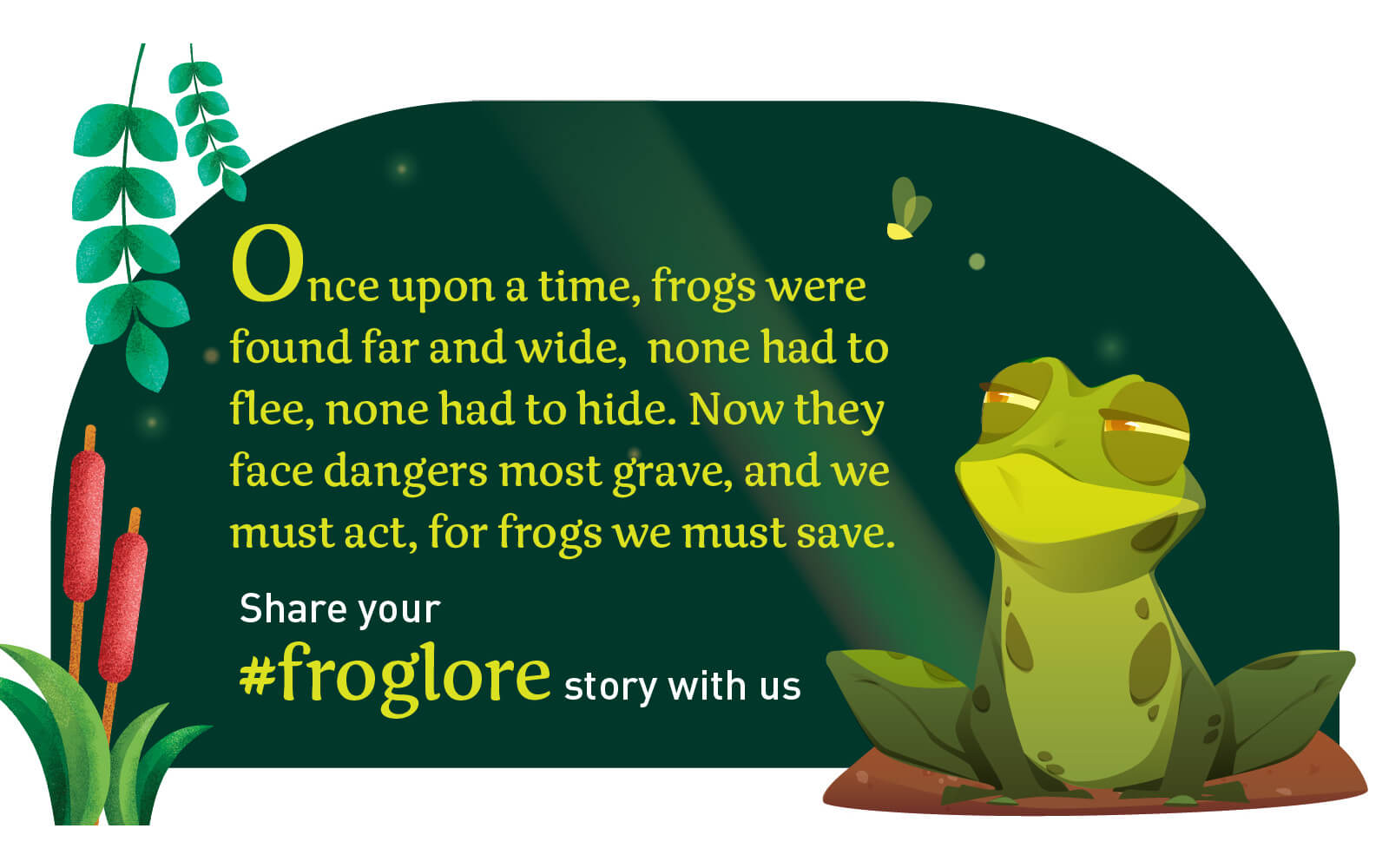 This campaign, Leap Day for Frogs, has been running for eight years, and aims to highlight how important, interesting and under threat frogs are. For the sixth year running Kloof Conservancy has partnered with EWT for Leap Day for Frogs, hosting events at green spaces within the conservancy area. In total, attracting over 1500 participants since 2014. These events are well-supported, with much enthusiasm shown by local families to learn more about their local frogs, and importantly to get out and connect with nature, armed with a headlamp and gumboots, making these quite novel experiences that all ages seem to enjoy. Exactly what Kloof Conservancy’s ‘Back-to-Nature’ events hope to inspire. This year, EWT also joined forces with neighbouring Hillcrest Conservancy where 120 people joined a frog talk and walk at Springside Nature Reserve. The EWT also engaged over 700 school learners this year through their ‘Frogs in the Classroom’ lessons. 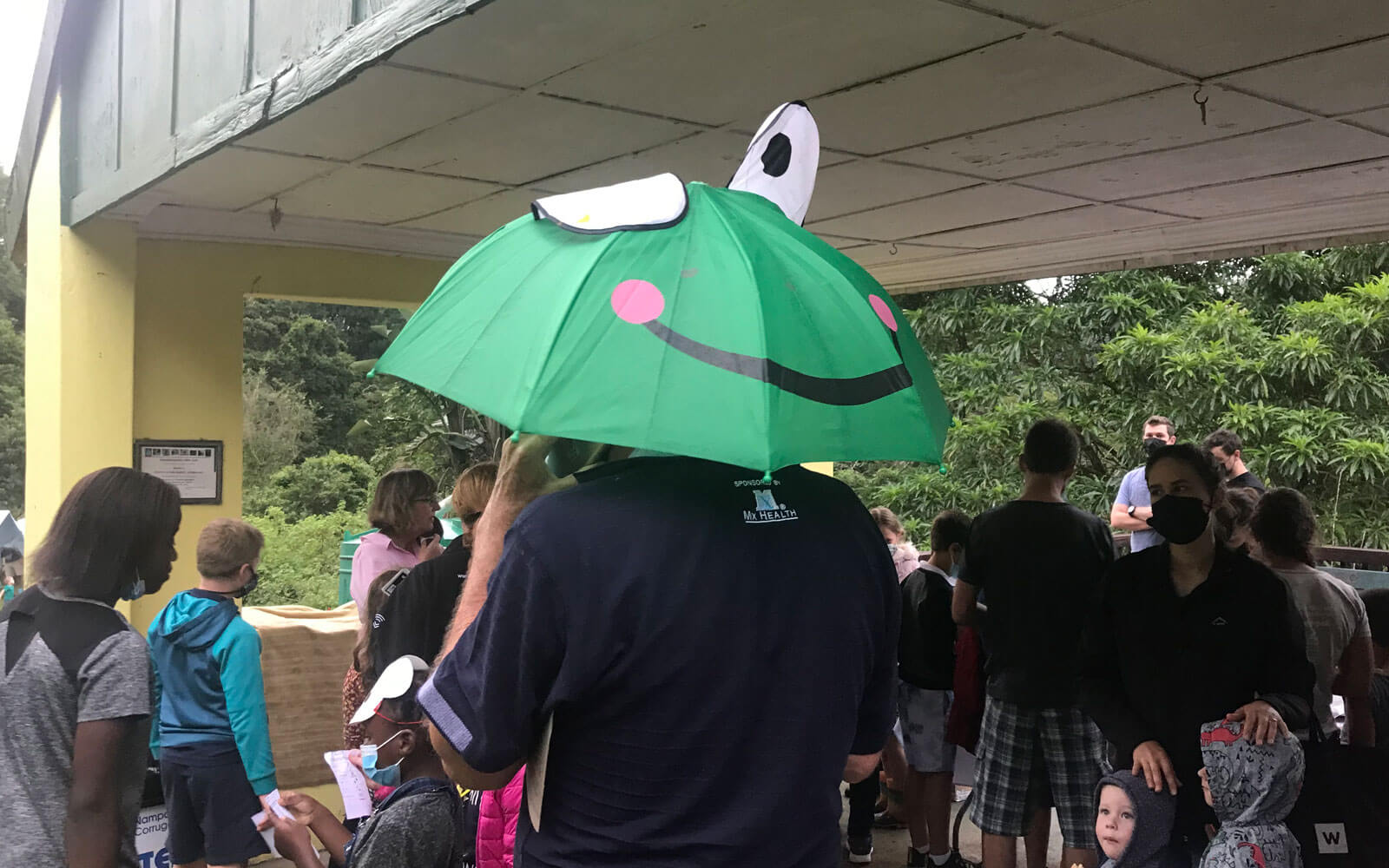 Participants at the Leap Day for Frogs

Globally, amphibians remain the most threatened back-boned animals on Earth, with 41% of species threatened with extinction. This is a huge proportion of an ancient group of animals that has been successful over the past 300 million years inhabiting all corners of the planet – except in places that are too cold, too hot or too far away (amphibians can’t make it to some of the more isolated islands, for example the Galapagos have no amphibians). But now, because of loss of habitat, pollution of freshwater and a deadly fungus (which incidentally is having a way bigger impact on many more species than Covid-19) amphibians are facing a very real and rapid demise. A warning that our changing planet is not able to support life in the way that it should.

These sobering statistics are not exactly cause for celebration, so why have fun in the name of frogs? Leap Day for Frogs is about highlighting the plight of these creatures and creating an appreciation for them is the first step towards recognition of their importance. Leap Day for Frogs aims to do this and invites members of the public to get involved in whichever way they see fit – be this frog art or poetry at schools, cleaning up a local wetland, learning more about frogs or playing a game of leapfrog!

Through the FrogLore social media campaign, over 34,000 people were reached through social media and some people did share their frog stories – mostly related to lightning. One event participant mentioned that there is a belief in eSwatini that if you dig up a frog you will get struck by lightning! There is a fairly common association between frogs and weather events – this makes sense as frogs emerge during rain, so this may explain the roots of this belief. Frogs also have very long tongues, which may explain why some people think frogs shoot lightening from their mouths! If you have any stories or myths about frogs, please share them with us through our social media platforms or email info@ewt.org.za. 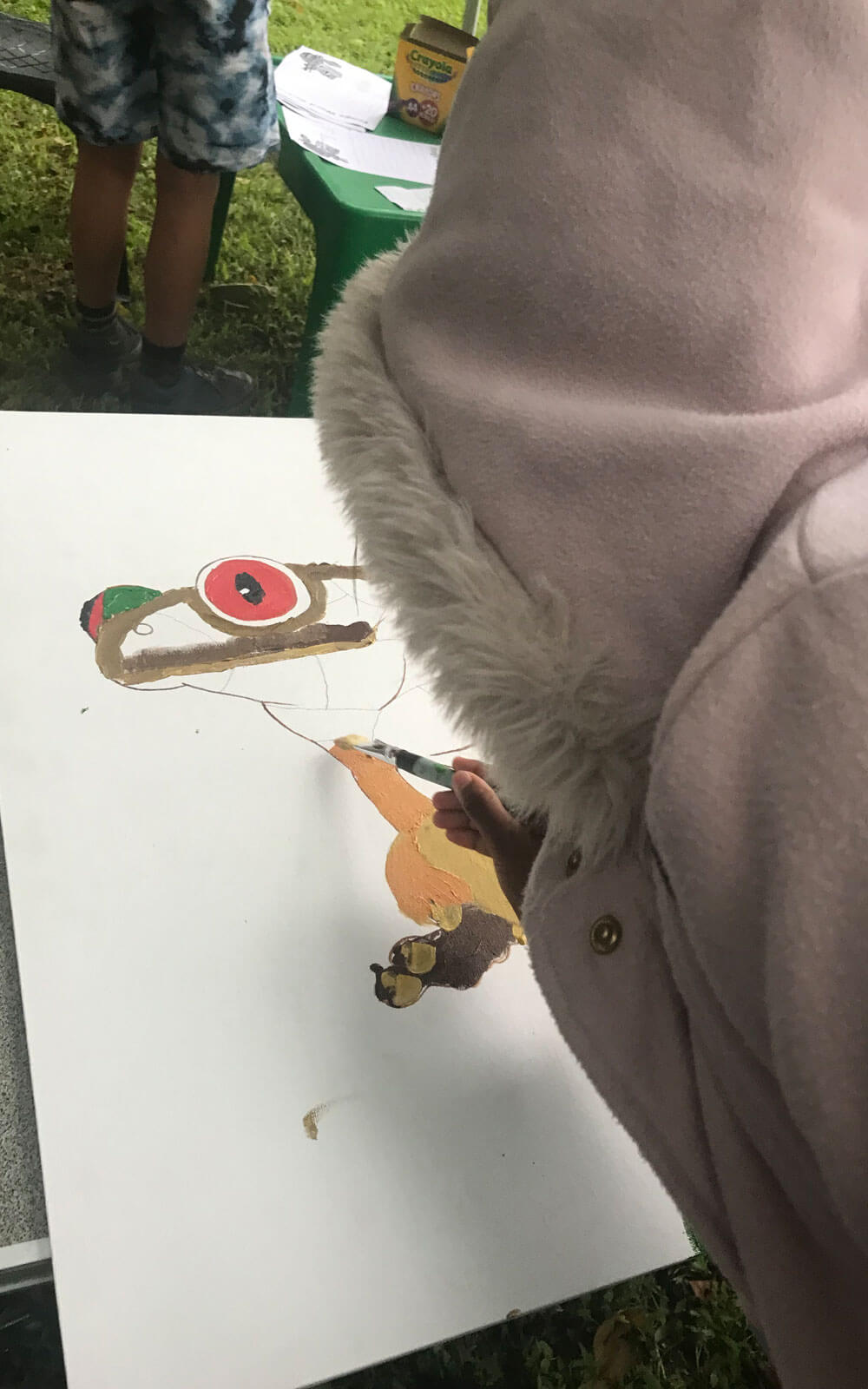 This is the only NGO with a focus on frog conservation, using threatened species as flagships to:

Jeanne is responsible for project design and coordination, specialist knowledge, partner and donor relations, fundraising and project management. Almost all of her work is linked to threatened frog species, which are usually associated with very limited distribution ranges and specific habitat types, most of which are not protected or well-managed. In 2020, Jeanne was recipient of the Whitley Award, or “Green Oscar” for her work in conservation.

Fun facts: I took up mountain biking at age 40, I try to find time for yoga regularly, I increasingly love gardening and getting grubby! I have two boys, who get very upset if I don’t catch the snakes spotted in the garden for them if they are not around!  Favourite amphibian: Kloof Frog, Natalobatrachus bonebergi – they are handsome little frogs that have a unique egg-laying technique – attaching them to branches or rocks above water, females then watch over them.