What is citizen science?

I’ve heard and seen the word citizen science being thrown about and this has made me ponder; what is citizen science? How did it start? What does it mean to be a citizen scientist? So, I did some research and here’s what I found.

The definition of citizen science is not a linear one. The basic definition is the practice of public participation in scientific research which can be carried out by amateur scientists or citizens. The deeper meaning behind the definition involves the varying degrees of participation, this can be:

Participating in citizen science projects allows these amateur scientists to increase their scientific understanding, learn about environmental issues and enjoy the beauty of nature. Importantly, it engages with young scientists which are – children, teens or young adults who are interested in the natural sciences as a profession. Through citizen science, people share and contribute to data monitoring and collection programmes. 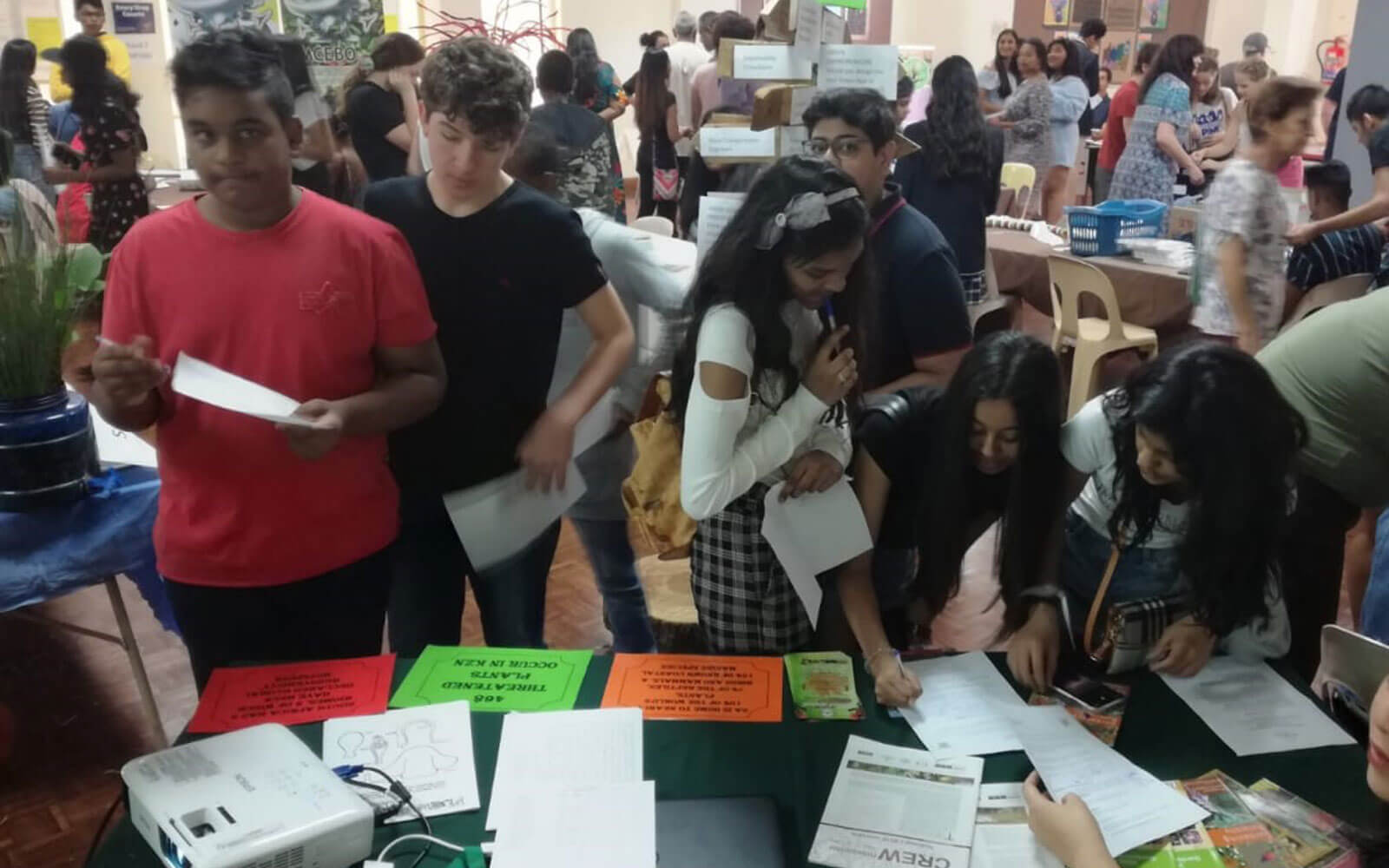 The origin of citizen science

The origin of citizen science (before the term was coined), goes back a few millennia to ancient China where residents documented and kept track of locust outbreaks for an estimated 2000 years. The modern form of this only developed after the sciences in general, became a profession. The term citizen science was first coined, in the mid 1900’s, by Alan Irwin, who explained it as a “science which assists the needs and concerns of citizens”.

Sometimes nature lovers unknowingly contribute to citizen science by making lists of birds or plants in an area. Citizen science allowed for easier access into historically inaccessible subjects such as astronomy, archaeology, microbiology, biology and bioinformatics, as it is a way of connecting non-scientists with the authentic scientific practice. 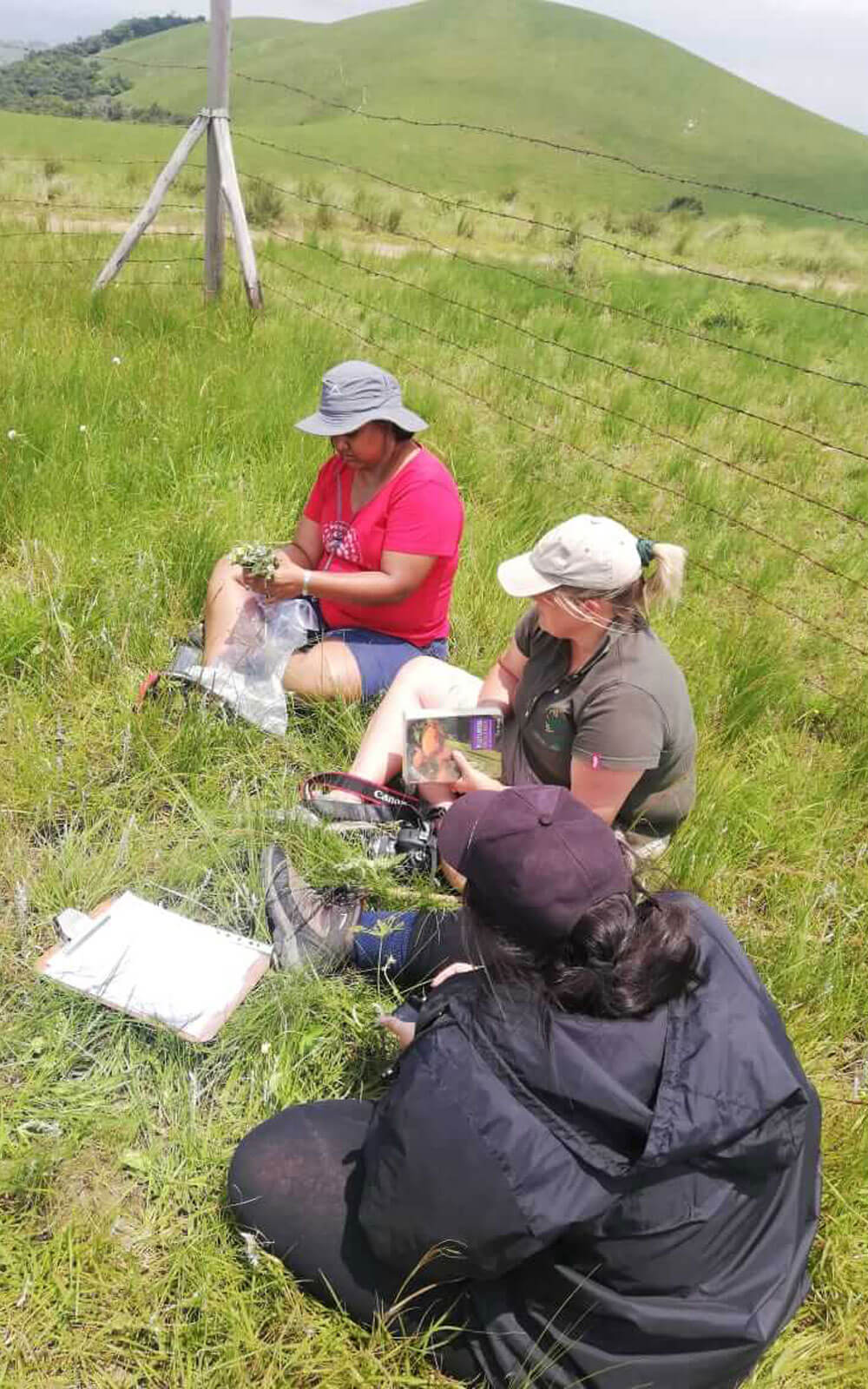 Why citizen science is vital

Citizen science is vital to serve as a connecting link between science, society and policies. Each group: scientists, government and society see scientific issues under a different lens. Working together to overcome issues makes it easier for citizens to understand scientific research clearer and scientists to understand citizens’ concerns better. Thereby being involved in citizen science projects helps improve science literacy.

Historically, amateur and professional scientists recorded their research and scientific information in notebooks or journals which were usually not accessible to the public. In the 1800s, science publications were vast and few, with about 100 periodical journals being produced; however, by 1900s, this had hurdled to around 10 000 science publications globally. Our current age, the information revolution, is often compared with the nineteenth century as it is said to have many similarities; in terms of the explosion of print and journal publishing. This brought an onslaught of information, which was being shared amongst citizens.

Today, much of what we take for granted, is a consequence of the relationship between fundamental science and technology. These two sectors constantly drive each other forward which created the type of lifestyle we have now. The advent of digital technologies such as the internet and smart phones have fundamentally changed our perspective on how we live, work and think. Interesting fact: compared to the 1986, a study showed that an average person today, is exposed to almost five times more information every day. 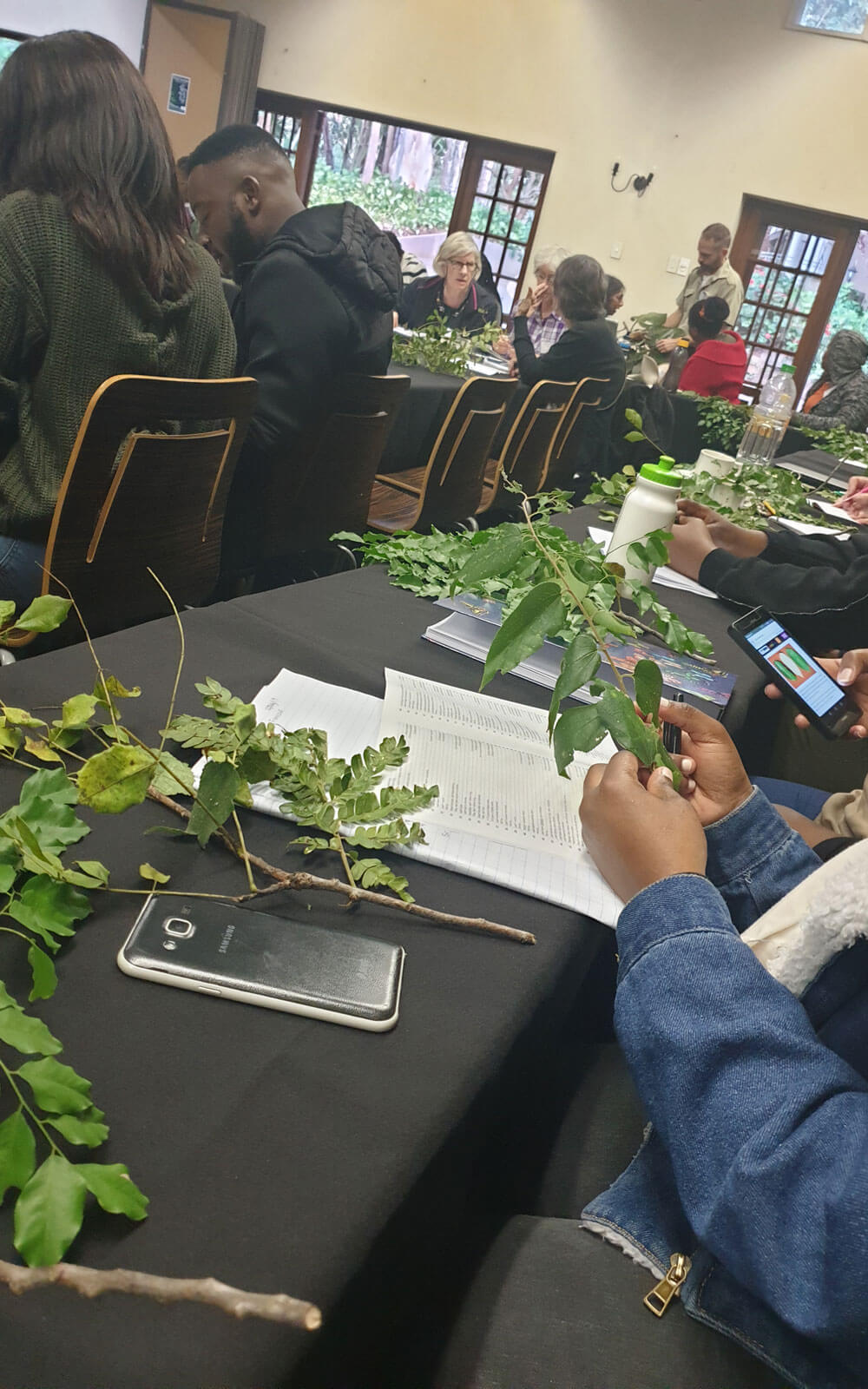 The rapid advances in information and communication technology fuel this new world of cross-disciplinary data-intensive research, and allow for more collaboration between researchers and citizen scientists, in a way, that was unheard of in the 19th century. Professional scientists are accustomed to interacting with colleagues through formal publication, whereas citizen scientists find academic literature daunting, and therefore are dissuaded from science. The current digital age solves this issue by having informal platforms by bridging communication gaps that may exist between professional scientists and citizen scientists.

The first one being ‘Fold it’; a free crowdsourcing computer game which allows the player to be part of important scientific research. This is accomplished by attempting to predict the structure of proteins; the game takes advantage of gamers’ puzzle-solving skills as well as appealing to their competitive nature. By understanding how proteins fold, gamers contribute to science by assisting scientists in understanding diseases such as Alzheimer’s and HIV. The data collated from ‘Fold it’ has published in about 22 scientific journals thus far.

The second game, ‘Eyewire’; much like ‘Fold it’, is a free online game, that focuses on using people’s brain power and competitive nature to generate data. However, this game focuses on mapping retinal neurons. Both games require no scientific background to play, just an internet connection and a keen eye for detail. These online games have allowed scientists to make major breakthroughs in scientific research, enabling them to publish valuable theories and information based on the data collected.

Lastly and the newest addition to citizen science games is a mini game called, Borderlands Science. The mini game can be played in the recently released, game: Borderlands 3. The game has an estimate of 4 300 000 players, in which the developers ‘2k’ want to leverage by tapping into the large number of players and creating the Borderlands Science mini-game. Borderlands Science, just like the previous two games, appeals to human’s competitive nature as well as using their problem-solving skills. Players assist with mapping out the gut microbiome. This is significant as scientists believe that microbes within the gut, play a massive role in everything that goes on within the body. 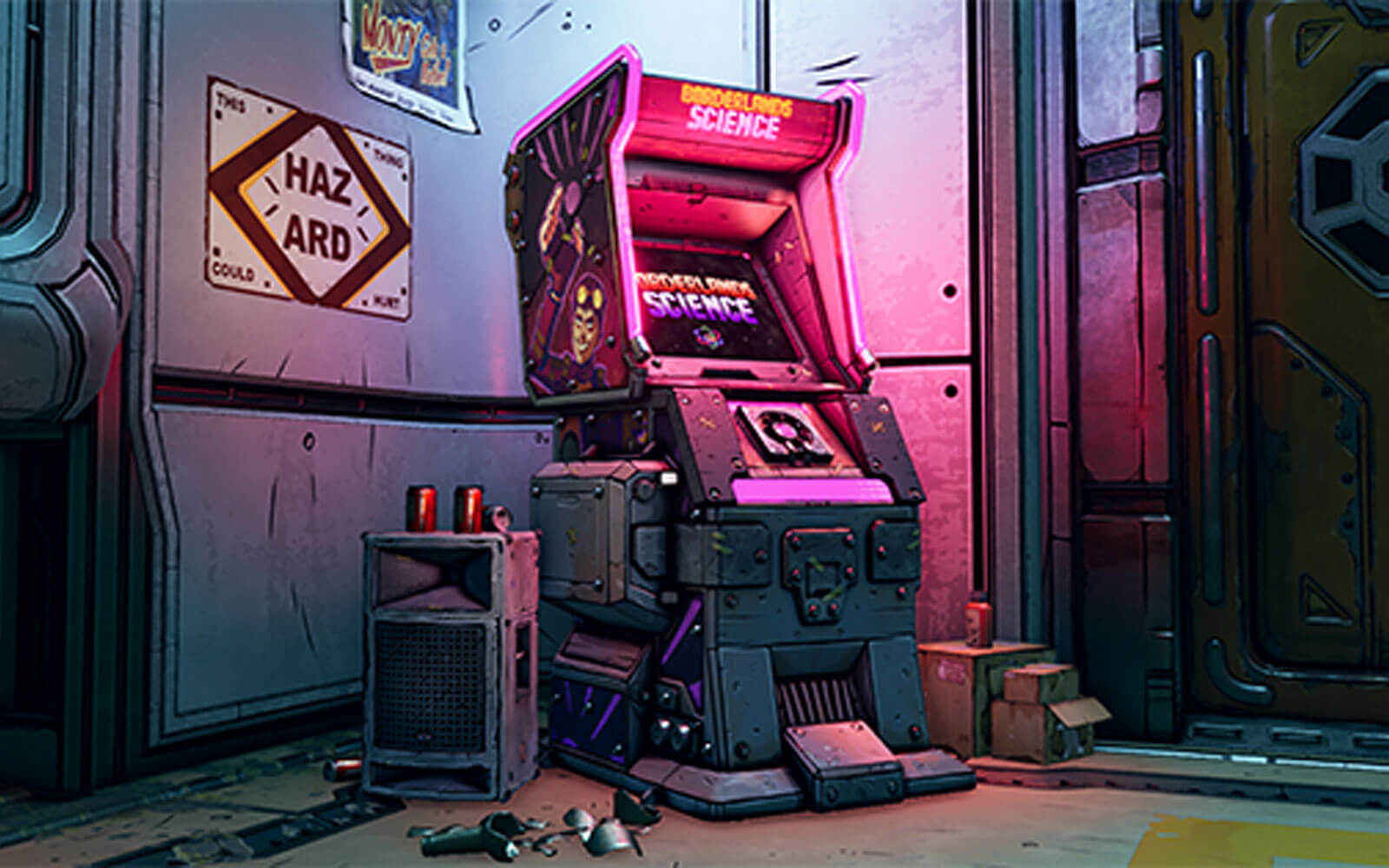 Citizen science contains a number of ways in which citizens can be involved in various scientific projects. One of these ways is the crowd participation approach. This consist of citizens using smartphone applications to submit data, for example, wildlife monitoring or observation data. The immense power of citizen science has driven many companies to create and promote citizen science projects and platforms such as Birdlasser and iNaturalist.

This brings me to the various programmes we having running in South Africa. I’ve recently read a paper published about Birdlasser, which I was first introduced to in my honours year. I was in the Birdlasser meeting primarily because it was a module requirement. Unknowingly, I stumbled into this world of citizen science for the first time. In that room, where I knew absolutely nothing about birds – to the point where I thought ‘house crow’ was an application and ‘birdlasser’ was a type of bird species. These citizen scientists, not just birders, had so much of passion and drive for what they were doing voluntarily that I was in awe. This opened my mind to the fact that this isn’t just a hobby, these people are contributing to science and much needed data. I’ve only recently came to the realisation at the extent in which data is really desired after joining Custodians of Rare and Endangered Wildflowers (CREW) as an intern. 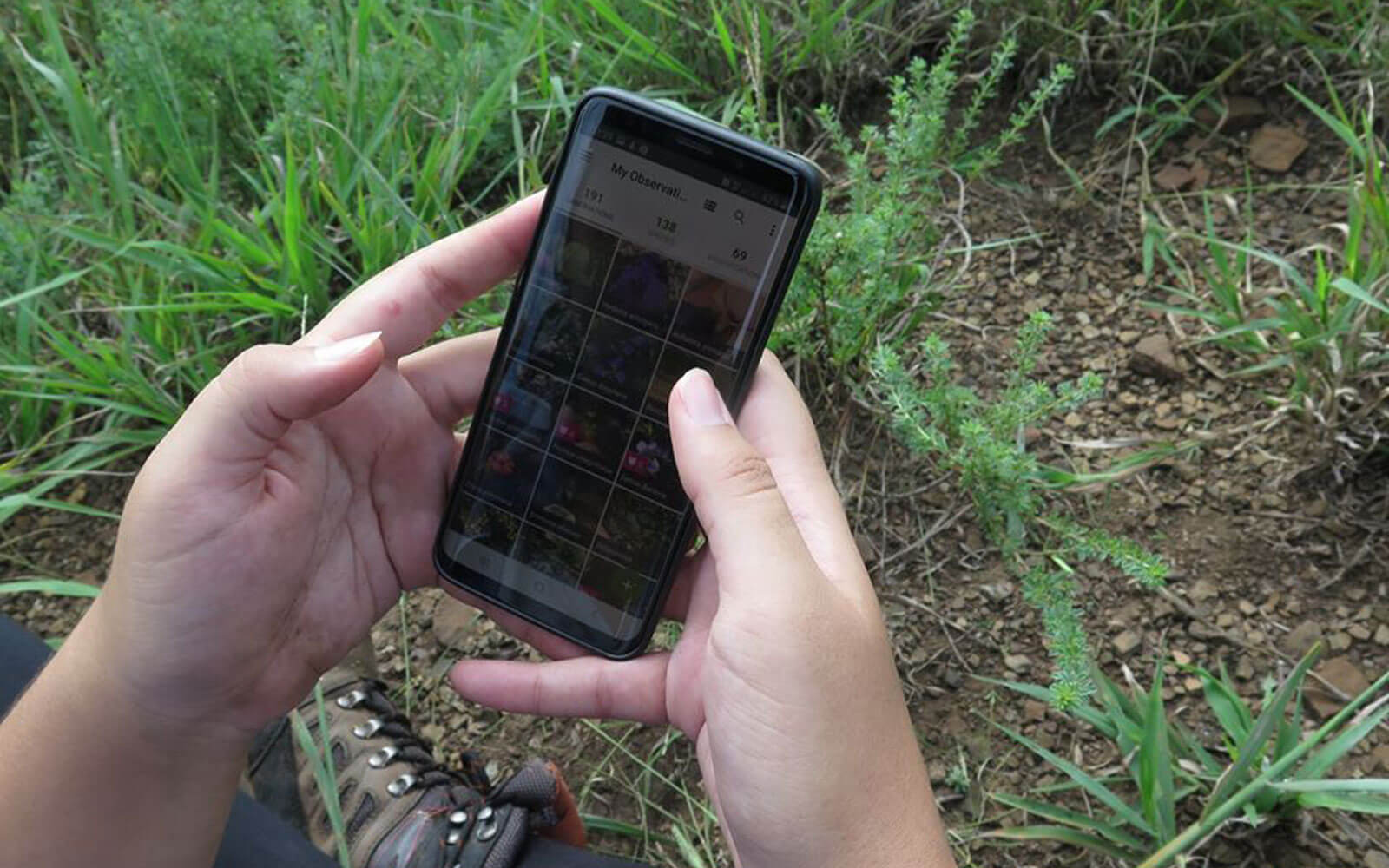 A South African platform called the Virtual Museum (VM) is run by The Percy FitzPatrick Institute of African Ornithology, which was established at the University of Cape Town. Much like iNaturalist, the platform allows citizen scientists to contribute to various biodiversity projects. A museum contains a large number and a vast variety of drawers and shelves of specimens, thoroughly labelled with a place and date; much like this concept, the specimens are kept as digital photographs in a database. This database is a very informative and useful but the issue is that the pictures need to be submitted and evaluated by experts or a professional panel which takes a very long time. Some of the various projects the digital photographs contribute to include: MammalMAP – a distribution map for all of Africa’s mammals; OrchidMAP – a distribution map of South African and African orchids; PHOWN (Photos of Weaver Nests) – monitoring project aimed at establishing a distribution map of colonies or nests of all the weaver species globally.

How citizen science data can be used

Citizen science data can be used to examine ranges of species, the seasonal trends as well as estimating populations. This allows scientists to publish various scientific papers. The papers published by citizen science projects are usually citied four times more than normal papers. The relationship between citizen scientists and technology provided an expansion in the citizen science movement, which in turn represents a significant shift in the social dynamics of science; by blurring the professional and amateur boundary, as well as changing the public’s outlook on engagement with science and nature. There has been an evident shift with citizen scientists – from observing science passively to being actively engaged in scientific discussion involving policy makers.

In light of the lockdown, getting involved in one of the virtual citizen science projects may be a welcomed distraction to some. If you are interested to get involved, you can do so by downloading the iNaturalist app from google playstore or iStore for apple phones and snapping what you see in and around your house (while sticking to lockdown rules of course).

If you are not keen on getting too close to the insects in your back yard, then you can try out one of the citizen science games mentioned above. Science is becoming inter-disciplinary and not exclusive to nature or the laboratory. Citizen Scientists are vital to answer many of the difficult questions that we have.

I would just like to say thank you to everyone who contributed to science in any way. A citizen science day wasn’t enough to show the amount of appreciation the world has so they made it a citizen science month! 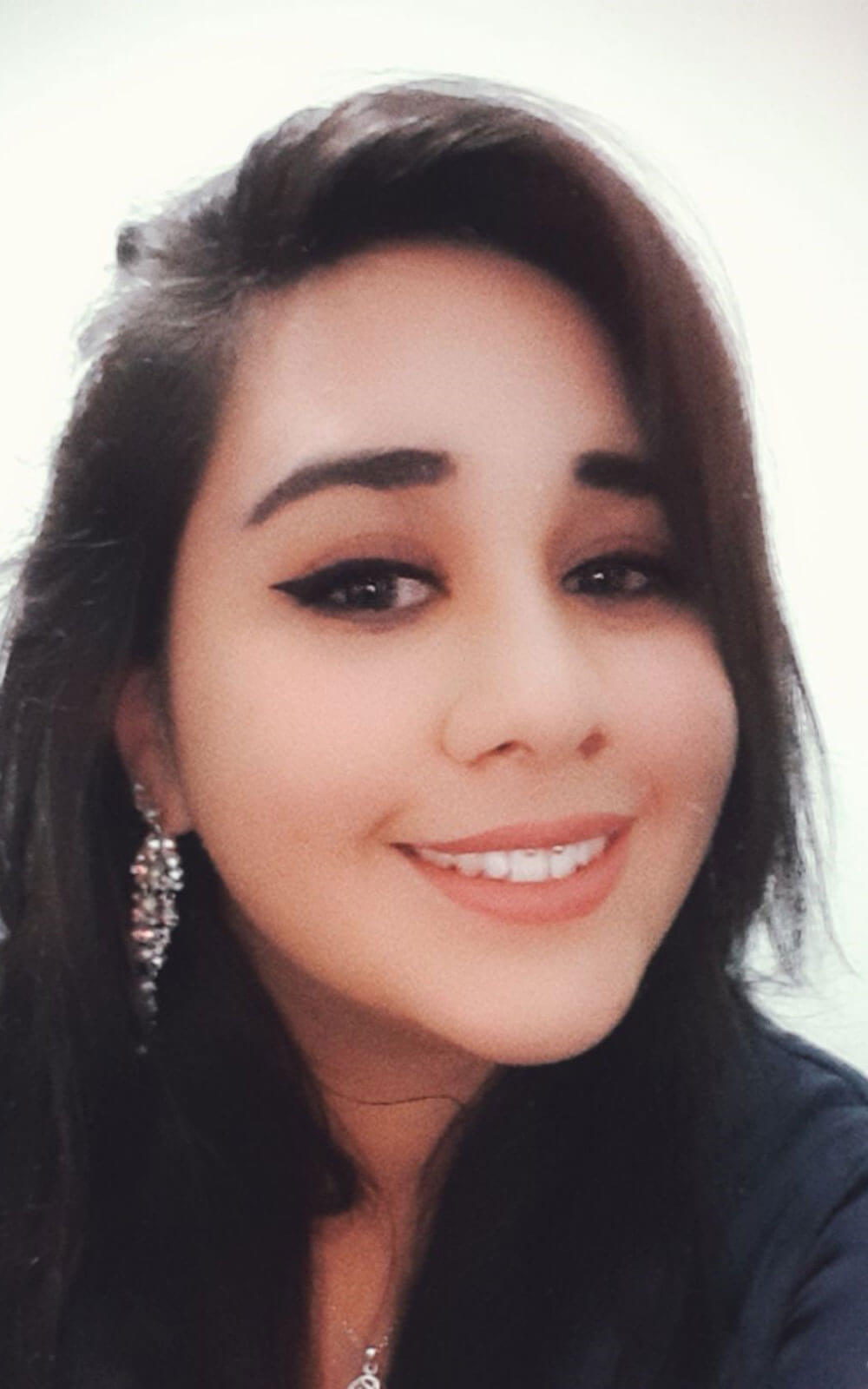 Aaliyah Motala is currently an intern at Custodians of Rare and Endangered Wildflowers (CREW). She completed her honours in biological science at UZKN, her research was focused on medicinal properties of Spirostachys africana (tamboti (eng)). She enjoys learning about new technology as well as learning other languages.